A week ago, we learned about the Mycestro, a pointing device that, despite its unusual form, only has a humble goal: to replace your mouse. The Ego! Smartmouse on the other hand is quite the opposite. It looks like a traditional mouse, but it is much more than that. The question is, do we need a mouse that’s this smart? 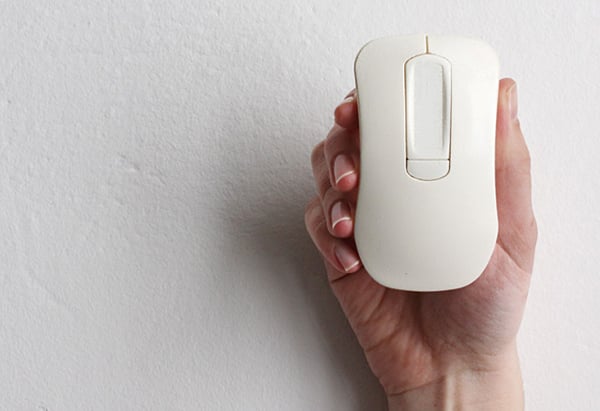 Made by Laura Sapiens, the Ego! – no, no, no signore, it’s Ego! Put some life into it! – is a Bluetooth mouse that can be used both on a flat surface as well as on air. You can also use the Ego! to control your HTPC or other Bluetooth media players. It can also be used as a wireless flash drive. It can also be used to as a gesture-based gaming controller. It can also remember and automatically input your passwords for you. It can also vibrate to alert you of an appointment or a new email. If Old Spice were to design a mouse, they’d probably come up with an Ego! Except the Old Spice mouse would have a six-pack.

In order to perform all those tasks, the Ego! runs on Linux, has a 400MHz ARM9 CPU, a flash memory capacity of either 2GB or 4GB, a VGA camera, a touch sensor (in place of a scroll wheel), an accelerometer, a gyroscope, a compass, a vibration motor and an optical mouse sensor. It’s got nothing on my mouse though! My Logitizzech M305,000 is covered in luxurious duct tape and has a special right-click button – 60% of the time, it works every time.

Here’s another look at the non-mouse features of this mouse:

Laura Sapiens is currently raising funds for the Ego! Smartmouse on Kickstarter. Pledge at least £70 (~$106 USD) to get one.

But back to my original question: how many people need a mouse this smart? The gestures for managing windows for example – is that actually faster than just using the mouse the normal way? How often do you need to move a file and yourself as well to another workstation? Will the VGA camera be good for anything else other than that gimmicky pairing method?

I’m not saying the Ego! is a bad mouse. I’m just not that convinced that it should exist. Partly because it’s making my mouse feel bad.

[via Laura Sapiens via Digital Trends]