While Boston Dynamics and DARPA are out engineering our extinction, a small company called Party Robotics has been working on a robot with far more awesome prime directive: to get you drunk. 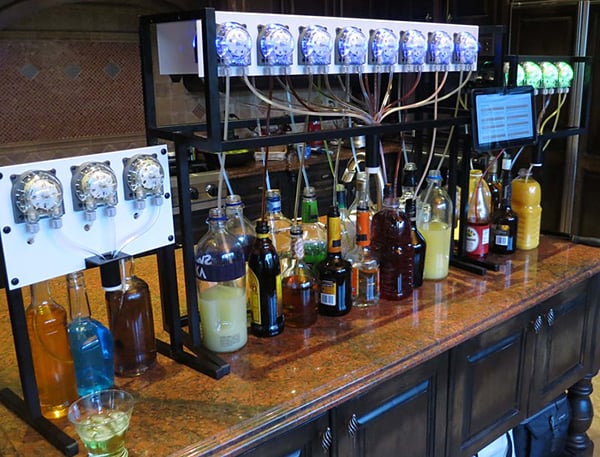 But the most important distinction between these two mix masters is that the Bartendro is actually for sale. Pledge at least $249 (USD) on its Kickstarter fundraiser and you get a fully assembled Bartendro; unassembled kits can be had for cheaper. Note that the Bartendro comes in 1, 3, 7 and 15 dispenser variants, and naturally the more dispensers you want the more you’ll have to pay. For instance, the 15 pump version starts at $2,499.

What I like about the Bartendro is that its software and hardware are open source. In fact Party Robotics is encouraging tinkerers to help come up with other uses for their robot. It can be used to mix not just alcoholic drinks but also juice or coffee, and may also be of use in laboratories or factories.