LinkMe Puts Your Messages on Your Wrist

Several years back, I spotted these watches that could be programmed to display scrolling messages. The problem was that they were pretty tricky to program, and had significant limitations in terms of the length of messages you could display. Fast forward to 2013, and we have LinkMe, a dot-matrix LED moving message board which can display messages sent over Bluetooth. 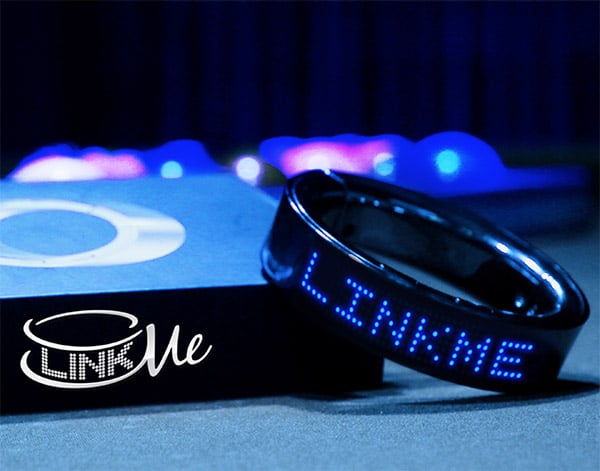 Instead of just outputting silly messages, the elliptical LinkMe bracelet can display messages sent to you via SMS, Twitter or Facebook. Simply configure the companion smartphone app to display messages from specific senders and you can read messages without having to take the phone out of your pocket. In addition to working as a display for messages, the LinkMe works as a watch, and you can also program custom messages so you can use it like a wrist-worn billboard too.

Matt Sandy, Colin Glaum and Tim Goldburt – the team behind the LinkMe – are currently raising funds for production of the LinkMe over on Kickstarter. For early backers, a pledge of at least $99(USD) will get you a LinkMe bracelet in red. For $120, you can get the limited-edition blue model, which looks even cooler, IMHO. You’ll need to get in on the project before May 5, 2013 if you want one of the first batch.