From the looks of the latest trailer, it seems like the studio behind the Brad Pitt flick World War Z want to have as little association with zombies as possible, and make it look more like a broader disaster flick. The marketing team can do what they want, but those of us who are familiar with the novel know what Max Brooks’ story is really about. A new trailer for the film has surfaced that seems to downplay the whole zombie angle. 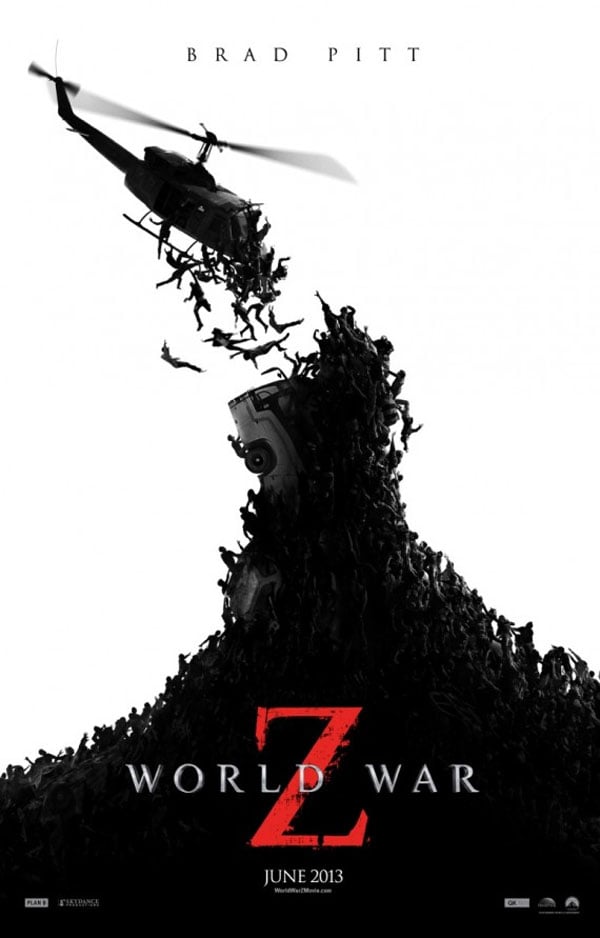 Not one time in the new trailer do you see or hear anything about zombies. In fact, the close-ups of the fast and violent zombie scourge have been downplayed in this version of the trailer. This trailer focuses on Brad Pitt’s character and his family. It doesn’t give us any indication of exactly why Pitt’s character is so important to the movie and why the military would go through so much trouble to extricate him and his family when the infected begin to takeover.

The zombies in this film remind me a lot of ants swarming over things and each other to reach their goal. You can check out the new trailer for yourself and tell us what you think.