Do you really want a Jar Jar Binks USB flash drive? There are so many better characters you could choose from. Well, at least this storage device can’t possibly be as inept and useless as the CGI Gungan himself, right? 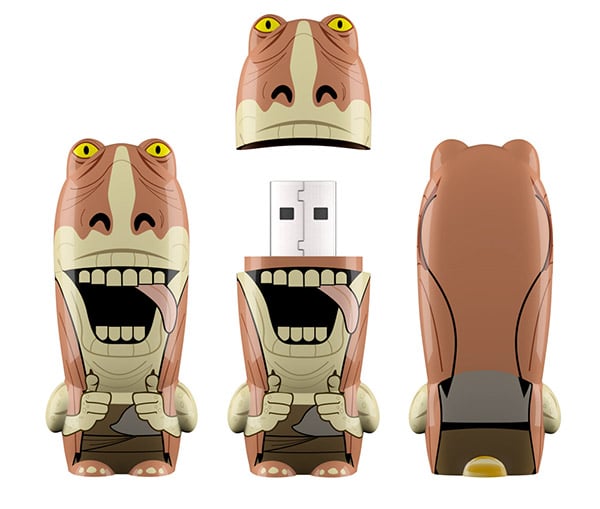 You might remember that last year Mimoco teased fans with an April Fools’ Day joke where they said they were releasing a Jar Jar Binks Mimobot. Turns out, some of you actually wanted this thing and were disappointed when the news turned out to be a prank. My question to you people is simple: What the hell is wrong with you? I personally hate Jar Jar. But to each his own, I suppose.

Anyway, to make things up to the three of you who really love this stupid creature, Mimobot has actually produced the USB drive. It is limited to 500 pieces and has storage ranging from 8GB to 128GB, with prices from $24.95 to $129.99(USD). That should mean there are enough to have at least 166 for each Jar Jar fan out there.