Futurama’s Bender is quite possibly the greatest robotic character in the history of television or the movies. Sure, there are more sophisticated robots like David in Prometheus, but none has made us guffaw as hard as the perpetually drunken, self-absorbed, belligerent, and conniving robot that is Bender Bending Rodriguez. It turns out that one man likes Bender so much that he turned him into a wood stove. 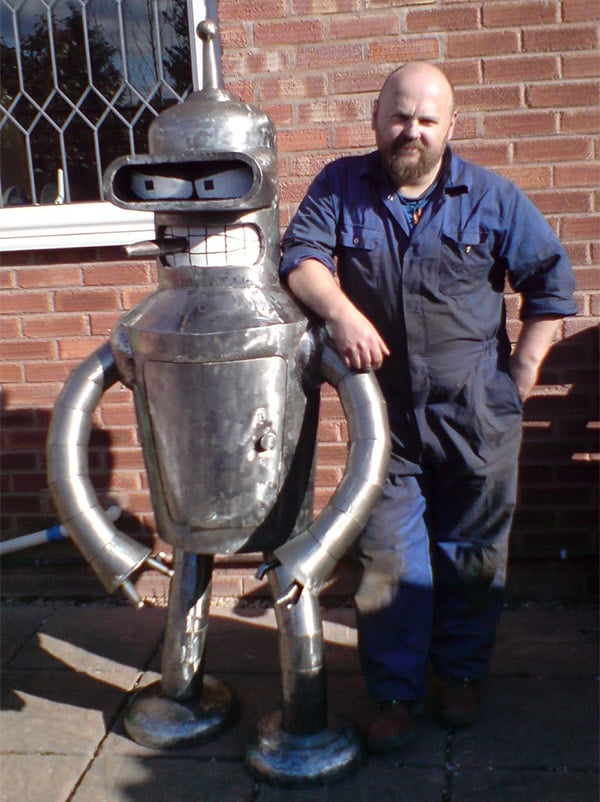 This bad-ass ‘bot was made by a guy going by the name of “Rob Halftroll”, cut from old gas bottles, welded together to form his torso, neck and head. Bender’s legs were fabricated from tube steel, and cylindrical bands of metal were used for his arms. 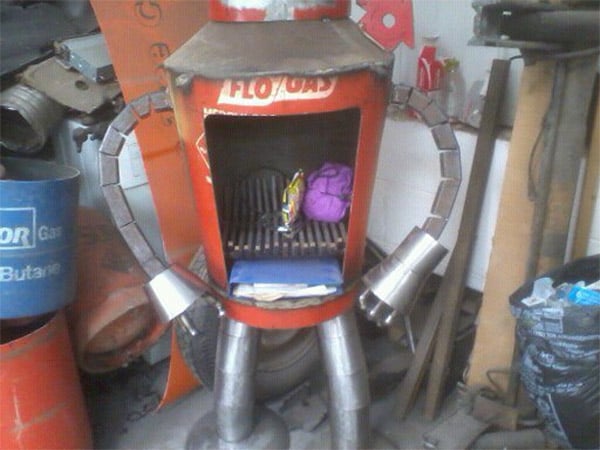 Clearly, there was plenty of bending (and welding) that went into the fabrication of the Bender stove, so it might have been nice to have an actual Bender robot to help with the construction. 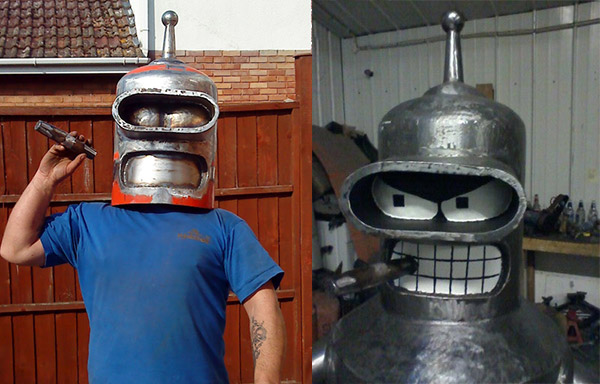