SCHAFT Humanoid Robot is a Bad Mother… Shut Your Mouth!

Humanoid robots can be pretty creepy, but most of them aren’t that strong. That’s because their electric motors they use are pretty limited due to size. However scientists are working on making humanoid robots more powerful. The SCHAFT robot is a new prototype that features actuators that could make robots much stronger. 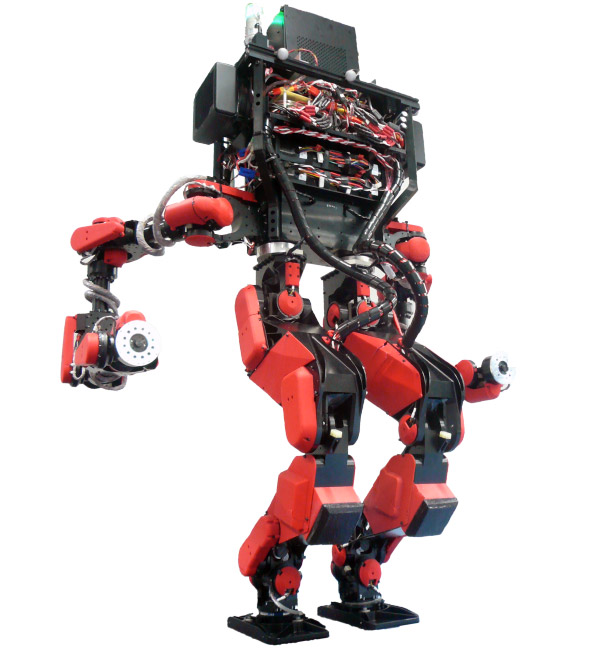 SCHAFT Inc. is an off-shoot of the University of Tokyo’s Jouhou System Kougaku Laboratory, which was the first lab to develop the actuator technology. SCHAFT is the first humanoid robot to use them. Can you dig it? Right on.

The actuator technology works by replacing standard servos with motor systems that have higher output, are capacitor-powered, and are water-cooled. The robot gets added strength and by pairing the new motors with advanced algorithms to control its bipedal movement, it can now withstand being shoved or kicked and remain upright.

That’s just frakkin great. Soon we won’t even be able to push them over. Not that robot tipping is all that much fun, but damnit, do you scientists actually want us all to die in the robopocalypse?