This strange looking box is capable of something no other device ever built is – it can play the original cartridges, ROMs and discs from 18 different retro gaming systems. 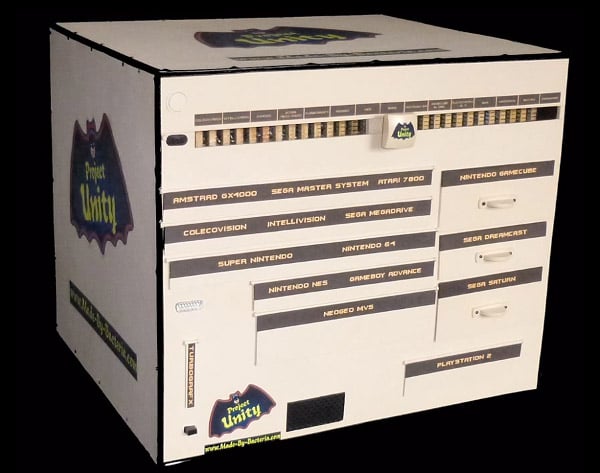 The beastly Project Unity system was built by modder Bacteria, and it took him over 3500 hours and three years to assemble. Inside, it contains original circuitry from 15 classic systems, but works with a single master controller, a single power supply, and a single (SCART) video output connector. All tolled, it cost Bacteria about £700 (~$1076 USD) in parts to build, but its really his time and labor that represents the majority of the cost. 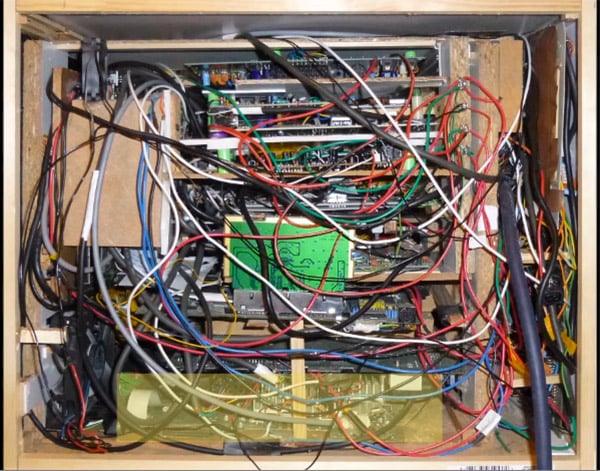 Inside the system is approximately 100 feet of cabling, and the whole thing weighs in around 44 lbs. The system has physical hardware from an Atari 7800, Sega Master System, Sega MegaDrive (Genesis), Super Nintendo, Nintendo NES, Nintendo 64, NeoGeo MVS, Sega Saturn, Sega Dreamcast, Nintendo Gamecube, NEC TurboGrafx X, Colecovision, Intellivision, Sony Playstation 2, and Amstrad GX1000 consoles. He says it can actually play games from 18 total systems, including PS1 games on the PS2, Atari 2600 games on the 7800 and GBA games on the GameCube. 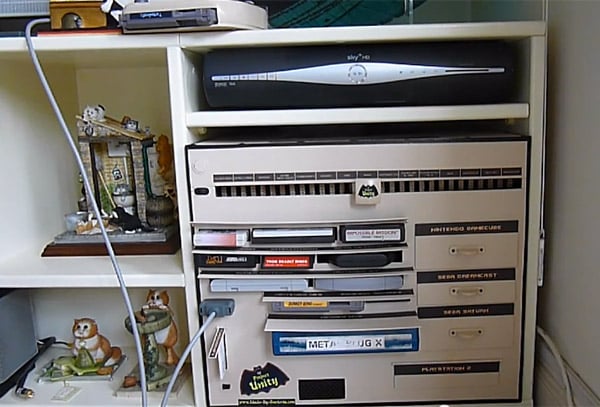 In order for all of the games to work with a single controller, he built a series of special NES cartridges which plug into the controller, providing system specific interfaces for the single mega-controller. 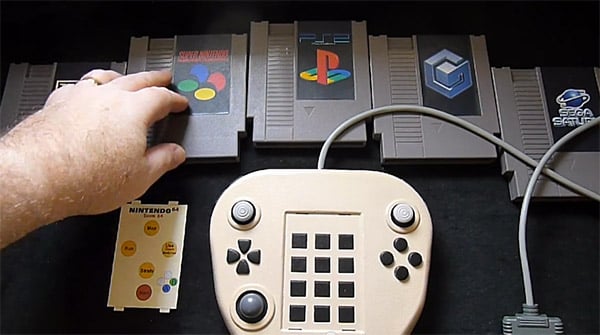 Bacteria explains the build and how Project Unity came together and how it works in the extensive video below. The system and controller demo starts around 9:30.

You could play all of these consoles using MESS or other emulators, there’s something to be said about using the original hardware to play games without the quirks that most emulators exhibit.

If you’re wondering about the big nondescript square box it’s all set inside of, Bacteria says he built it that way so it would all fit neatly into the cabinet under his TV. While it may not be the prettiest looking console I’ve ever seen, you’ve got to hand it to Bacteria for his persistence and technical abilities.