Vietnam Has a Fire-Breathing Dragon 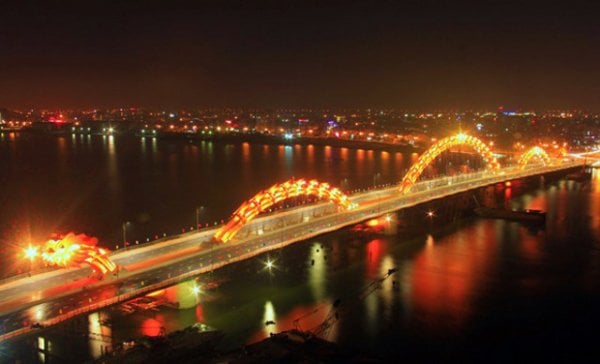 Did I mention that it is also part of a bridge? The bridge spans the Han River in the port city of Da Nang. This color changing dragon lights up using 15,000 Philips LEDs. 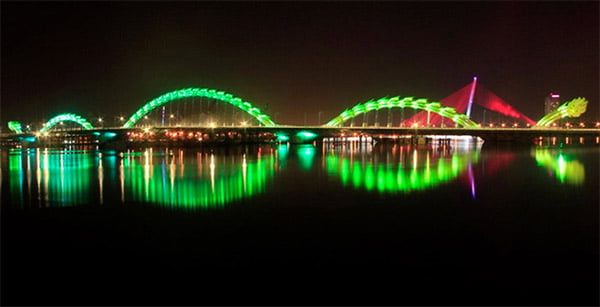 Why can’t we have awesome bridges like this in the U.S.? Probably because all the LARPers would gather there and form a dragon-worshipping cult. 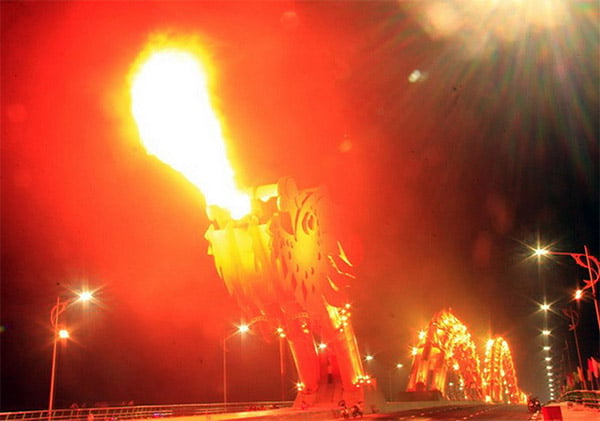 Also sword-wielding geeks would climb up on the head to get their picture taken. Check out the video to see the dragon in action.