The Fenn Robot is Cute, Aims to Be Cuddly Too

Ian Danforth has created a soon-to-be-cuddly robot called The Fenn. The robot is based on a character from a fictional story of an alien planet that humans make contact with. It is made especially for kids. 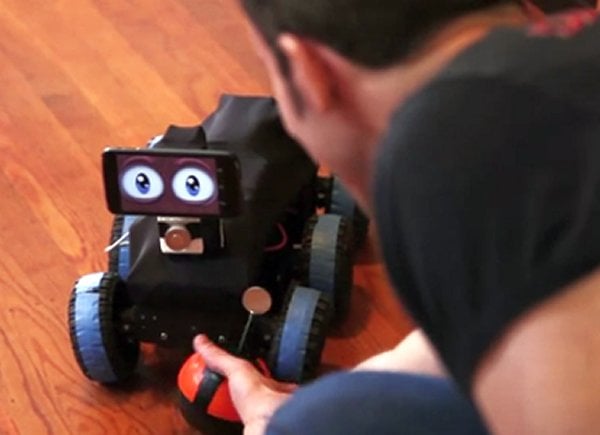 When the robot is completed, it will have some soft skin and sensors going down its back, so kids can pet it. When they do, LEDs will go off and if they pet it softly, Fenn will respond. Pet it too hard and Fenn will run away,  just like a real animal.

This ‘bot has a front facing camera, gyroscope, touch sensors and other hardware that makes for a very kid-friendly experience. Ian is getting it ready for Maker Faire 2013. I can’t wait to see the finished product.