There are lots of games with virtual drawing mechanics. Okami and Max & the Magic Marker come to mind. But what if you could literally draw your own game from scratch? That’s the idea behind Pixel Press, a mobile app that will help you make a short platforming game without the need to code or even use a PC. 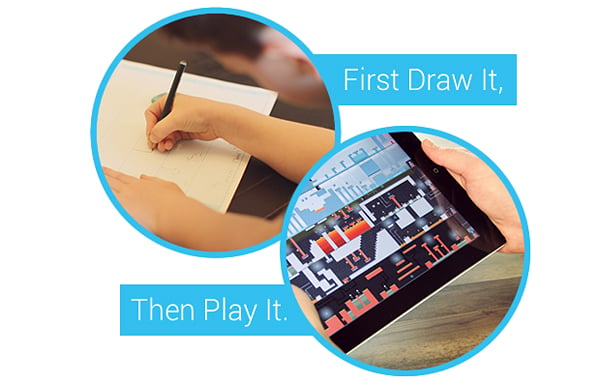 Pixel Press has two main components: a Sketch Kit and the app itself. The Sketch Kit is simply a sheet of graphing paper customized for the app. You can download the pdf template for free from the Pixel Press website and then print it together with the instructions. In simple terms, your goal is to make a platforming game with five stages. Your character can walk, run and jump on and over the obstacles you made. 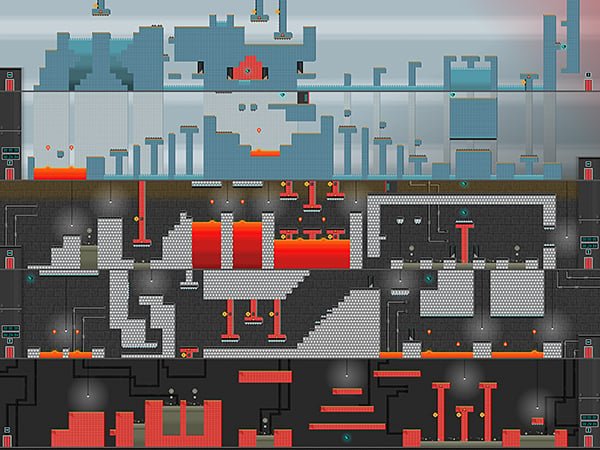 When you’re done with your drawing, you then take a picture of it with your mobile device and the app will process it. You’ll then test the app, polish it with textures and sound effects and finally play it from within the app. You’ll also be able to share your game and play other people’s games.

Clearly it takes imagination, patience and discipline to make a good Pixel Press game, but these are traits that you’ll need before you can program a game anyway. Plus it gives you the chance to be a game designer! You’ll learn the ropes of creating games without grappling with much of the technical difficulties that go along with it.