Forget the streets of Grand Theft Auto IV, this Millenium Falcon mod will let you take to the skies and…

What the hell? Do you see what I see? Chewie, you overgrown furball! You put her back together backwards. Who ever heard of a dyslexic Wookiee? 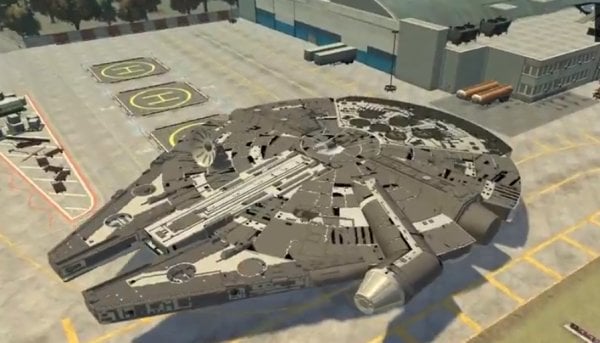 What do you mean we’re in disguise from the Imperials? You don’t think they have mirrors on Imperial starships? No, we are not going to the British star system just to blend in. We would be the biggest thing on the M1 skylane. You’ve really done it this time.

This 65-Inch TV Is a Giant Nintendo Switch

How Flatware Is Made