The Following T-Shirt Has Been Approved as Appropriate Attire

If you watch movies and trailers fairly frequently, then no doubt this shirt will look familiar to you. Its design is based on the Motion Picture Association of America’s (MPAA) film rating review system that informs viewers if what they’re watching is safe for all audiences or not.

It doesn’t copy the entire notice, of course. 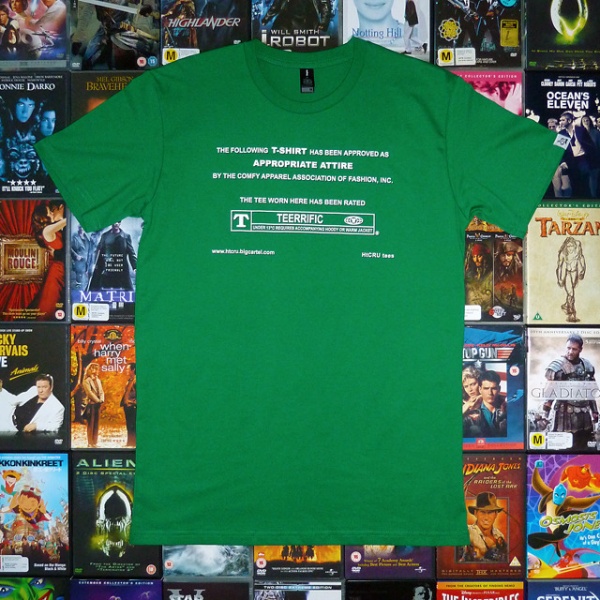 Rather, the designer behind it, New Zealand-based artist Barn Bocock of How to Carve Roast Unicorn, made a few choice changes to the text. The layout remains almost entirely the same, though.

Barn calls the design ‘The Following T-Shirt’, which is pretty apt for what it is. 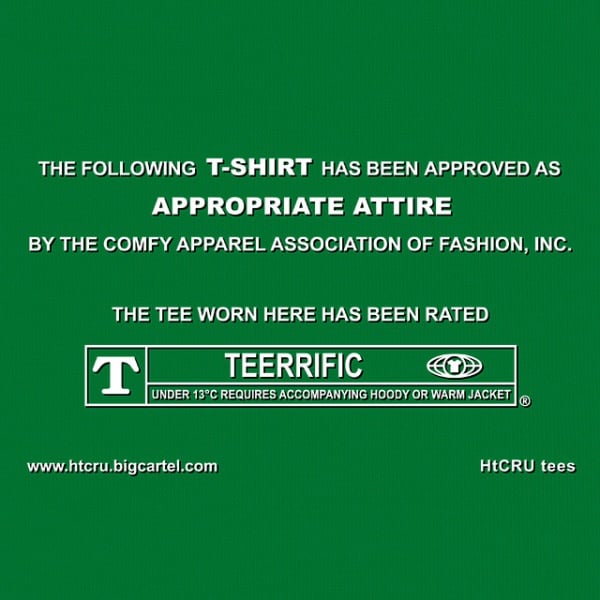 The Following T-Shirt is available to purchase online for $30, and as it says, it’s rated “T” for Teerrific.

[via Gamefreaks via Laughing Squid]