Freddy Kreuger Animated Sweater of Souls: Every Day is Halloween

I saw the first couple of Nightmare on Elm Street movies, but never actually made it to Nightmare on Elm Street IV. Apparently, in that movie, Freddy Kreuger makes a serious fashion statement, wearing a sweater filled with the souls of the dead. Now, you can wear the same get-up as Freddy, thanks to the fine folks at Morbid Enterprises. 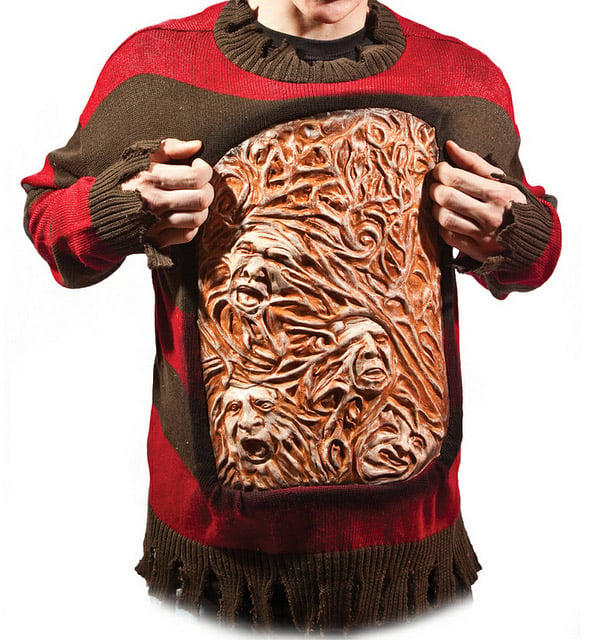 Forget the sweater. I just love the idea of working for a company called Morbid Enterprises. Though the chest is pretty cool too – it makes horrible noises and the heads move around, moaning “why did he do this to us!?!??” Why, indeed.

The Chest of Souls is slated for release in the 3rd quarter of 2013, so you should be able to get one just in time for Halloween. Though I dare you to wear this to the office on any other day of the year.