Star Trek: Into Darkness has just hit theaters with mixed reviews, but even so it is making a lot of money. Now we have some details about some new collectibles from QMx. There are Starfleet badges, the Federation flag, a Starfleet class ring, Federation ship models and a special limited-edition Amazon.com Blu-ray gift set with a pretty amazing phaser. 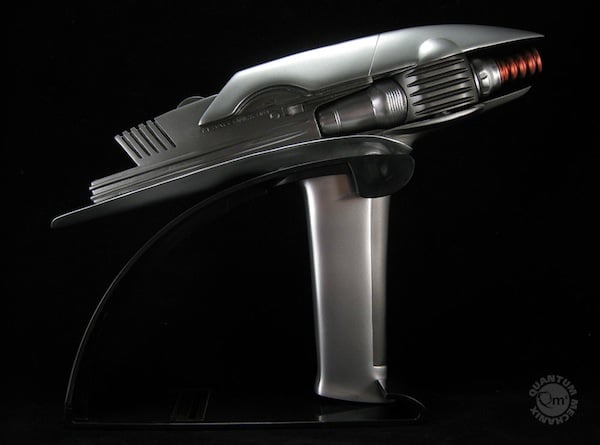 The phaser was designed with help from Hollywood prop master Kenney’s Custom Props and features an animatronic spinner and working power dial. It looks stunning. The stunt version of the phaser with a manual spinner will come as part of the Blu-ray set while the animatronic version will be available by itself next year.

You can pre-order it now for $79.99(USD). That should make some Trek fans very happy to get the Blu-Ray disc. Hit to QMx check out more of the cool new collectibles.