Tired of having your umbrella stolen or used by some random stranger when you need it the most? Designers Kim Seokhui, Kim Seongjin, and Kim Dasol hear you loud and clear, which is why they’ve come up with the Lizard Umbrella concept. 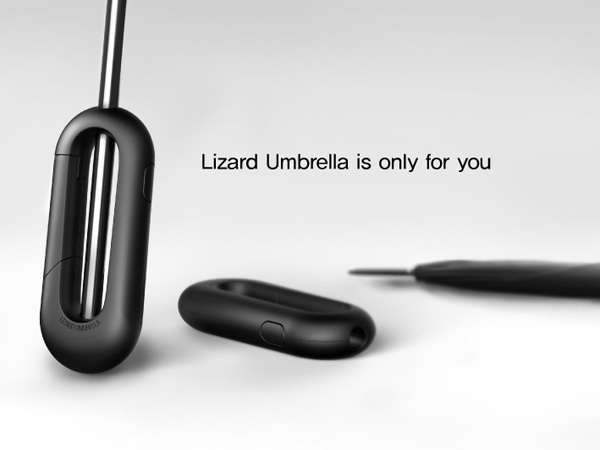 It might sound like a strange name for an umbrella they’re touting as a “self-protective” one. The inspiration for the name comes from the actual lizard, which ensures its survival by breaking its tail off in life-or-death situations.

The Lizard Umbrella can only be used by its owner when its respective key-slash-handle is inserted onto the end. The secret to the construction of the umbrella is the tip of its umbrella stem, which is embossed with lines that only match its rightful handle. 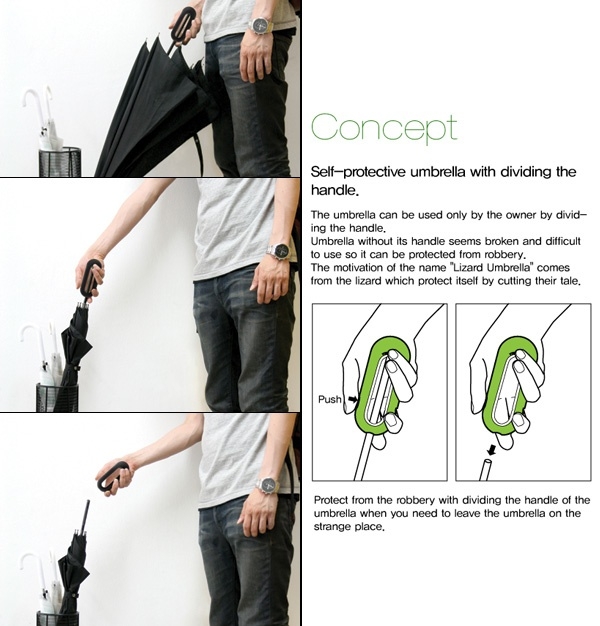 Without this key, the umbrella is rendered “less desirable”, warding off potential umbrella snatchers in the process. Though it might be better if the handle itself was part of the umbrella-opening mechanism, truly rendering it useless when not attached.