Build Your Own Xbox 360 Laptop with the Darkmatter Kit 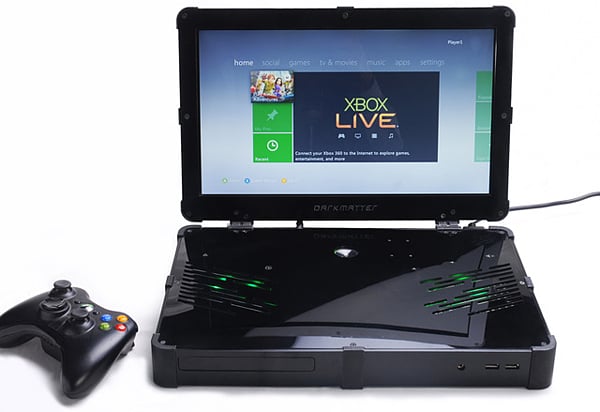 The kit is available in various models depending on how much you want to pay, from just the electronics to a finished and ready to use Darkmatter Xbox 360 laptop.

Head to Kickstarter to support the world’s first open-source, hacker-friendly, 3D printed, laser-cut, honey glazed, butter side up DIY Xbox 360 laptop kit. If you pledge at least $499 (USD), you’ll qualify to get the full kit; all you’ll need is an Xbox 360 and a few hours to put the two together. But if you have more money than tinkering skills, pledge at least $999 and you’ll get a full Xbox 360 laptop as a reward.