Han Solo in Carbonite Light Switch: Flick His Switch and Turn Him on

Han Solo in carbonite makes a great decoration on your wall. Just ask Jabba the Hutt. Jabba loved to turn the lights on and see Han’s frozen body staring back at him. And now you can too with this Star Wars Han Solo in Carbonite light switch. 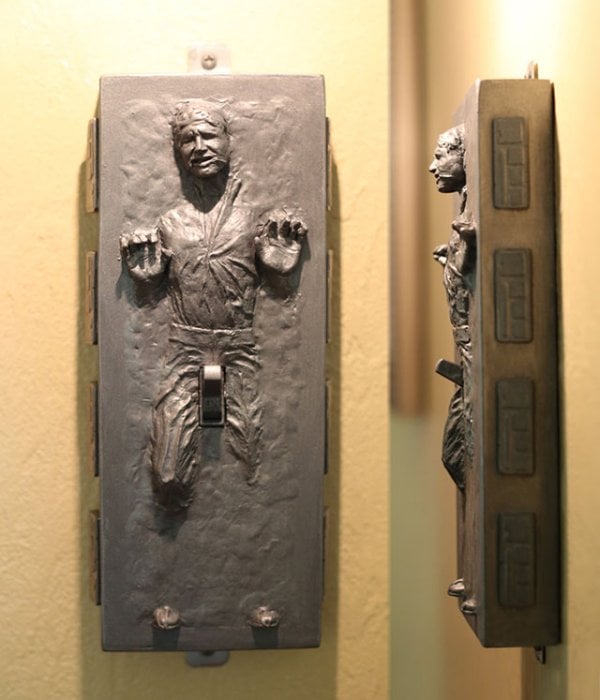 It was made by Etsy seller wickedstudio, who has worked a UL-approved switch into the crotch of Han Solo. When the lights are of Han is at rest, when they are on, it’s as if he saw the Falcon for the first time.

He hand-sculpted the switch plate to the appropriate scale for the switch. It installs directly to the wall over your existing switch outlet, and sells for $40(USD).