Snapcat for Android: Because Cats Want to Take Selfies, Too

Cats are techie creatures. From playing games to wearing headphones (okay, so this was just an April Fools’ Day joke, but hey, I can totally see it happening), cats can do it all.

And now a developer has created an app intended for use by your frisky kitty so it can take its own selfies. 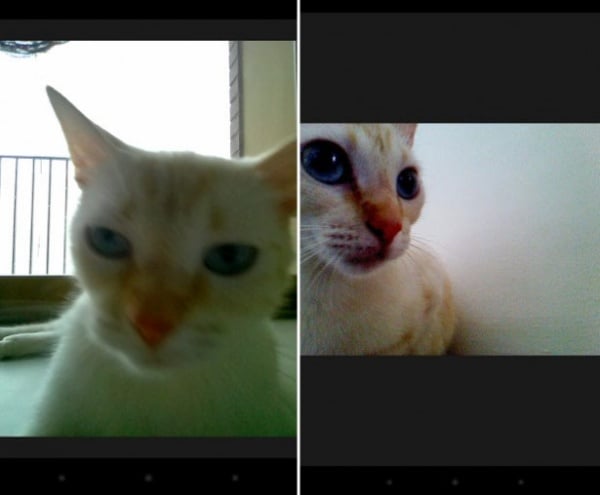 It’s aptly called Snapcat and it’ll snap pictures of your cat based on its movements. Once the app is fired up, a red dot appears on the screen. You cat will, in theory, be attracted to the red dot and will attempt to take a swipe at it. This swiping motion triggers the front-facing camera, which then takes a candid shot of your cat.

Once the photo has been taken, you can apply filters or add stickers to the image. When you’re done, you can share the image on social networks like EyeEm, Facebook, and Twitter – with the approval of your cat, of course. You can even post a snap on your cat’s Social Petwork page, if it has one.

Snapcat can be downloaded for free from the Google Play Store.