There are lots of articles online speculating about how Apple can create an instant game console by increasing the integration between the Apple TV and iOS devices. It’s an interesting idea, but so far we’ve seen that Apple is slow to embrace its gaming community. iOS game developer Rolocule Games took matters into its own hands and came up with… Wii Sports. Or one of the games in Wii Sports. 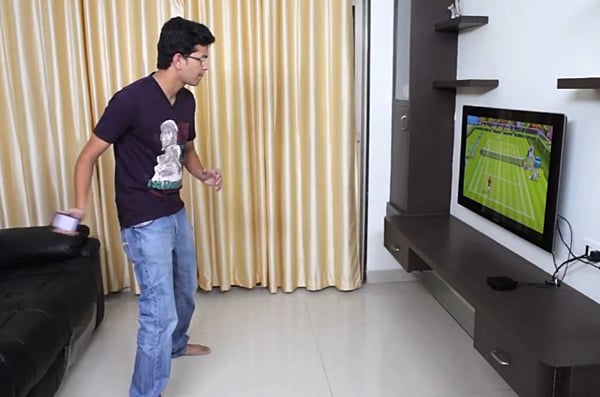 Motion Tennis is already available on the iTunes App Store for $8 (USD). You need to have an Apple TV as well as a fairly modern iOS device to make it work, but I can wholeheartedly recommend the game… if you’re trapped in 2006.

Still, it’s a glimpse at what a powerful “mobile console” could be like. Imagine if the next PlayStation, Xbox or Nintendo (or Google or Apple) game system was just that: a small device. A console, controller, secondary display, media center, digital store and game library in your pocket. And you can make calls with it too! Wouldn’t that be awesome?

I’m not sure how long it would take or if we’d ever get such a device. Then again, if you told me five years ago that I’d be able to play Final Fantasy Tactics, Baldur’s Gate, a digital version of Magic: The Gathering and a new XCOM game in one portable device I wouldn’t have believed you either.