While there have been plenty of images circulating over on Reddit showing the awful, unsanitary things workers do when they’re bored at their fast food jobs, Redditor Txmaluda did something a little more creative – and decidedly less disturbing – with their downtime at work. 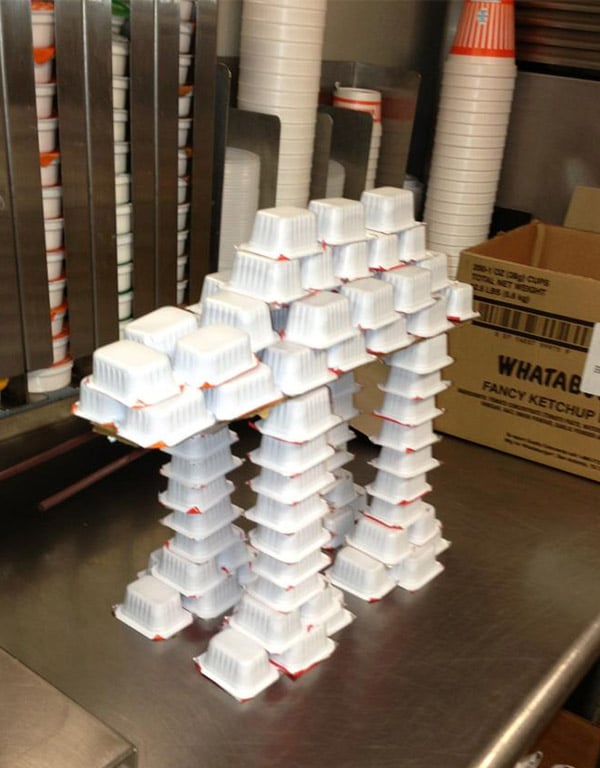 Yes, that’s an AT-AT Imperial Walker made  from plastic ketchup containers and cardboard. Of course, it’s all well and good until the Rebels start firing french fries and chicken nuggets – as it seem to be even more vulnerable than the ones in Empire Strikes Back. You certainly won’t need a tow line to take this AT-AT down.

My favorite part of the picture is the box that says both WHATABURGER and “fancy ketchup.” How fancy can WHATABURGER ketchup really be?