Spider-Man’s Spider Sense alerts him to danger and allows his body to react on its own to avoid attacks. Thinkgeek’s Tingling Electronic Spidey Sense T-shirt on the other hand only alerts you when someone – or something – is behind you. But at least you don’t have to get bit by – or look for – a radioactive spider.

Actually there’s nothing special about the T-shirt itself. It comes with a clip-on proximity sensor that also has motors to make it vibrate. When someone approaches at least 5ft. behind you, the device will emit a pulse, emulating Spider-Man’s power. The pulses become more frequent the closer someone is to you. Wait… is this a naughty toy? 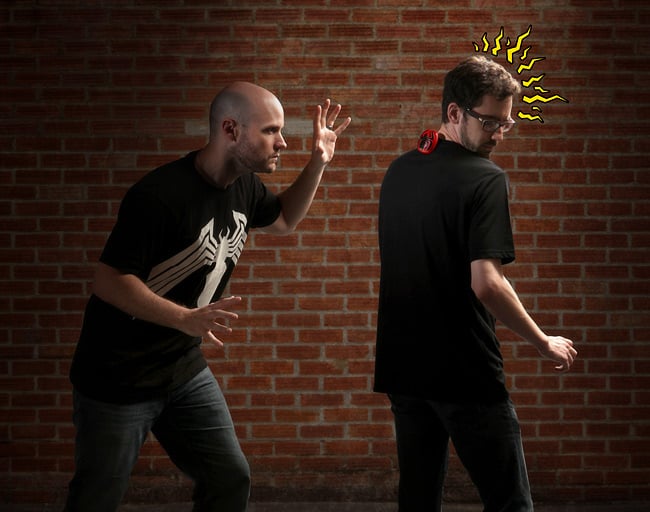 I wonder if it will still work if you wear it under a hoodie. 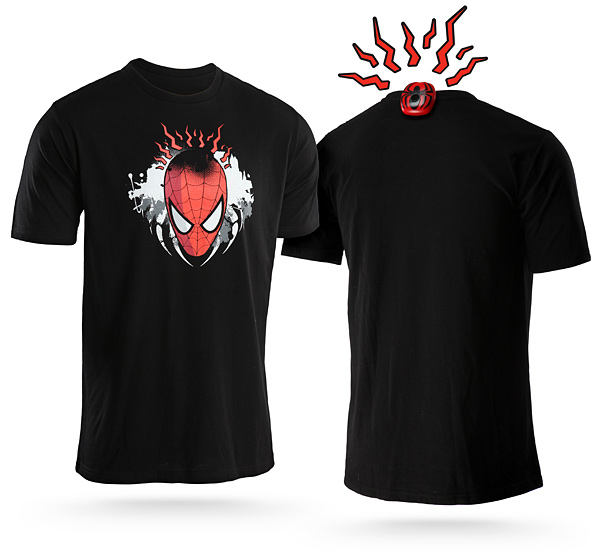 You can pre-order the t-shirt from ThinkGeek for $40 (USD). It won’t be released until October, but I have a feeling it’ll be sold out way before then. I bet tinkerers will be selling replicas of the gadget online before we know it.