Ticks are nasty. Actually, I think all bugs are nasty – but ticks are extra disgusting since they suck on your blood. They are also responsible for transmitting many diseases, some fatal. A team of researchers at the Virginia Military Institute have designed a robot that kills these blood suckers. The Tick Rover has been tested and found to be a successful weapon against ticks. 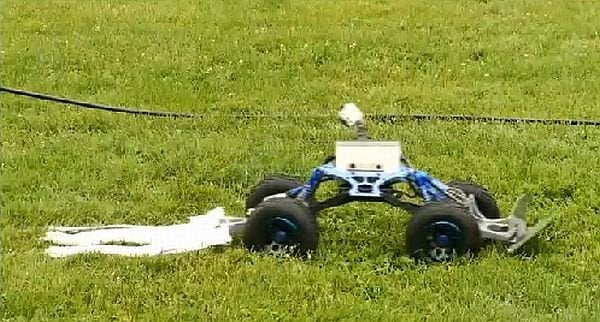 For instance, a tube emits carbon dioxide in the yard, so the ticks go to one side of the tube. Along comes the Tick Rover with an attached cloth treated with pesticides. The ticks feel it’s vibrations and jump on the cloth where they die.

[via ABC via Damn Geeky]