Many mid- to high-end headphones have noise-cancelling features. But sometimes you need to hear what’s going on around you. That’s where open ear headphones come in. The Sound Band is one such device. It’s a Bluetooth headset that conducts sound through your bone and tissue. Your ears will be uncovered and you’ll be the only one who hears what’s coming through the Sound Band. 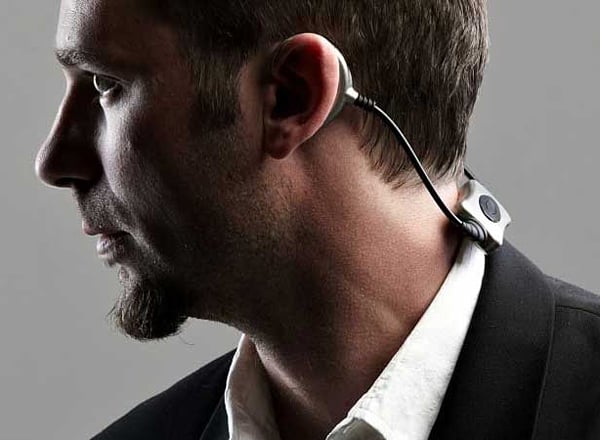 As I said, Sound Band falls into an existing class of headphones. Similar products include the earHero and the AfterShokz. What intrigues me about the Sound Band are its two omnidirectional MEMS microphones. Hybra Advance Technology, the company behind Sound Band, claims that the microphones have noise reduction and echo cancellation. 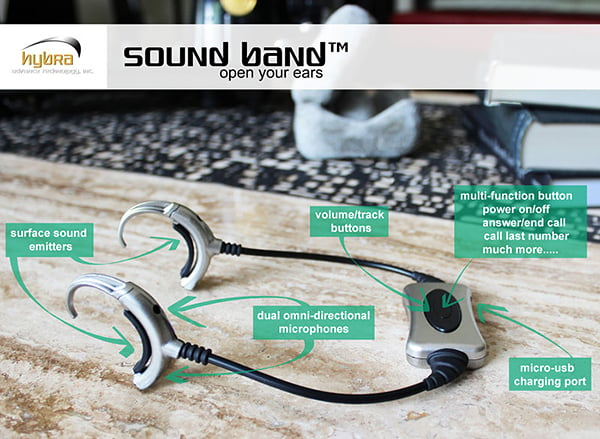 If they can get that part right, they might have a leg up on the competition.

Pledge at least $125 (USD) on Kickstarter to get a Sound Band as a reward (Hybra says the product will retail at $189). Or just take your earphones off for a minute. That’s an option too. I’m just putting it out there.