If you paid even the slightest bit of attention during science class, then you know better than to drink seawater. Despite how inviting it may seem (“hey, it’s still water after all!”), seawater causes severe dehydration so you’re better off thirsty than taking a drink of it.

Unfortunately for those who find themselves stranded on lifeboats or rafts in the middle of the ocean, it’s a temptation that’s hard to resist. Then along came Puri. 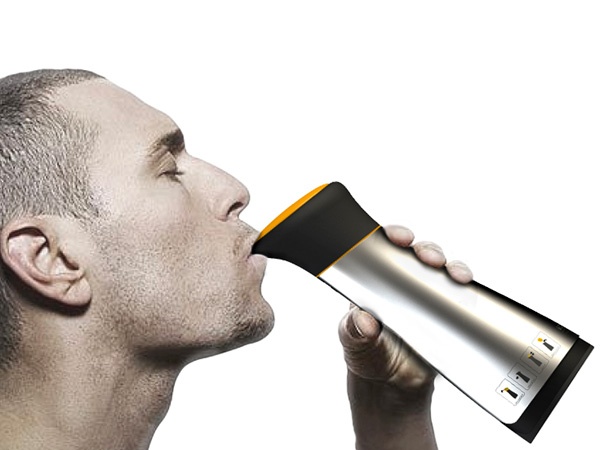 It’s a portable seawater desalinating bottle that uses pumping action to remove the salt from the seawater. It’s still a concept design for now, but wouldn’t it be amazing if it became a reality? Puri could then be put on lifeboats, where they can be used during emergencies and save lives in the process.

So that’s probably looking too far ahead, but hey, it could happen.

Puri is designed by Younsun Kim, Kangkyung Lee, Byungsoo Kim, and Minji Kim and is a 2013 IDEA Design Awards entry.