I have a couple of Android phones around here, but I wouldn’t think of getting any of them wet or dropping them on the floor without an add-on case. And even then, I’d be a little nervous about it. If you want a rugged Android phone and don’t care too much about name brands, then you might want to check out this one. 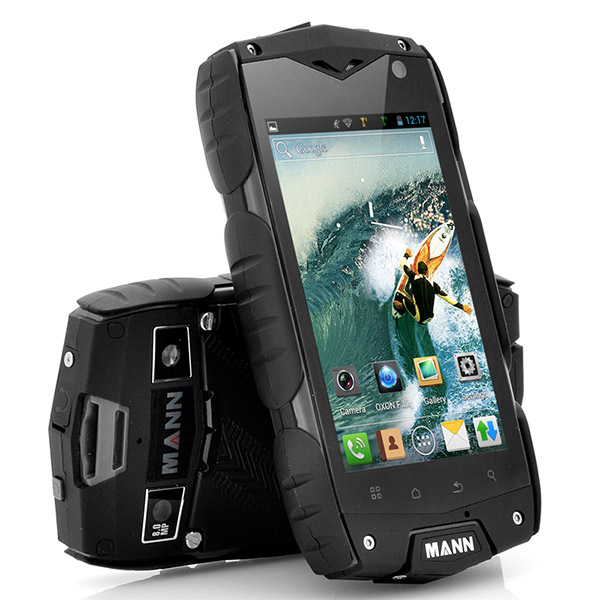 The appropriately named Mann A18 certainly looks durable from the outside. It’s IP68 waterproof rated, and is also dustproof and shockproof. That rating means it can be immersed in up to 2 meters of water for up to 30 minutes without springing a leak. 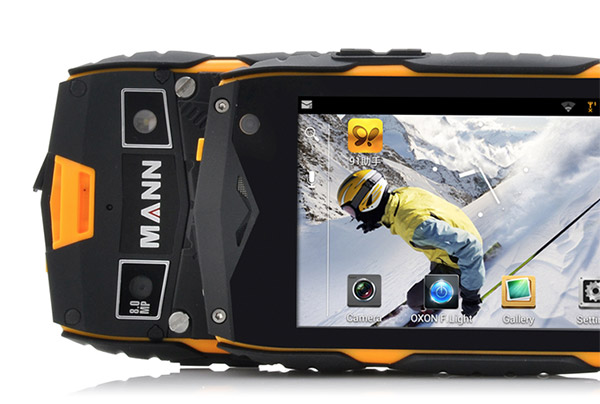 But don’t expect this thing to win any awards for cutting edge tech. Inside the phone is a 1.15GHz Qualcomm Snapdragon dual core CPU, an Adreno 203 GPU, just 4GB of on-board memory, and a 5 megapixel camera (though the case clearly says “8.0 MP” – due to interpolation). The front-facing camera is a paltry 0.3 megapixels, so it’s hardly worth mentioning. Memory is upgradeable via a MicroSD slot. 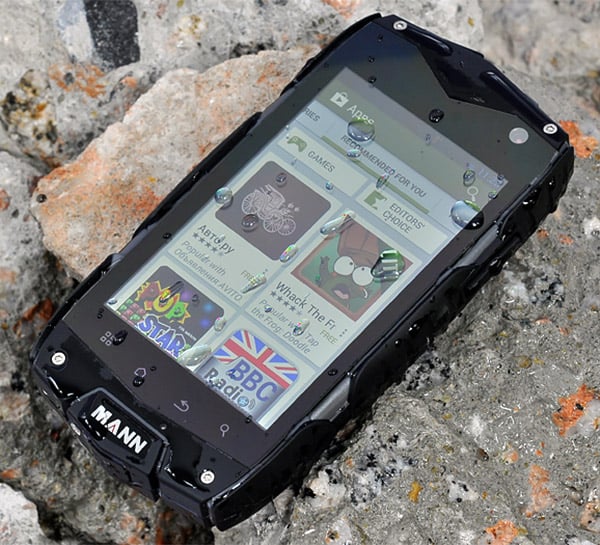 The phone comes pre-loaded with Android 4.0.4, and its 4-inch capacitive-touch display isn’t exactly hi-def, at just 800×480 resolution. It’s not locked to any specific carrier, though it only supports GSM 2G, WCDMA 3G connectivity and Wi-Fi. But even if it’s not at the top of the performance spectrum, it seems like a good idea if you’re looking for a durable phone without an add-on case.

So if you’re ready to Mann up (I had to say it) – you can get the Mann A18 Android Smartphone over at Chinavasion for about $257(USD). It’s available in either solid black, or with industrial orange accents.