We’ve featured a sound system called the Transparent Speaker, which really only has a glass case. Two post-doctoral fellows at the Harvard School of Engineering and Applied Sciences (SEAS) made an actual transparent speaker. It’s stretchable too. But the loudspeaker is not an electronic device; it’s an ionic device. 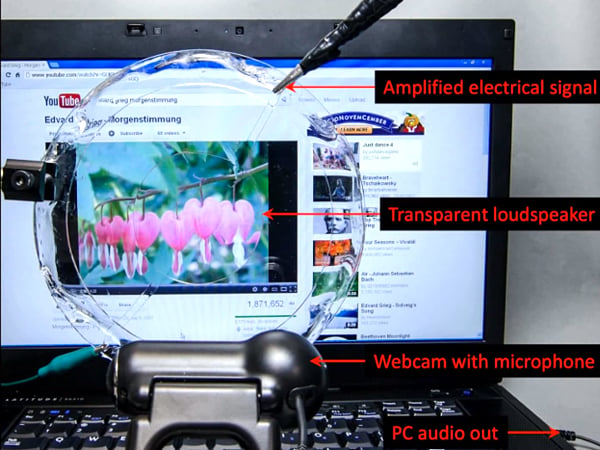 Instead of electrons, Jeong-Yun Sun and Christoph Keplinger’s speaker uses ions in an electrolyte to transport electric charge. The speaker is made of a thin and transparent sheet of rubber sandwiched between two layers of polyacrylamide gel filled with saltwater. When a high-voltage current is passed through these layers, the rubber sheet acts as a diaphragm. Harvard SEAS reports that this clear device can produce any sound in the “entire audible spectrum”, from 20Hz to 20KHz.

The speaker demonstrates two of the key advantages of an ionic device over an electronic device – transparency and elasticity – but there’s a third benefit: biocompatibility. Ionic devices are easier to incorporate into living creatures compared to electronics. They may also be used to create what Keplinger calls soft machines: “Engineered ionic systems can achieve a lot of functions that our body has: they can sense, they can conduct a signal, and they can actuate movement. We’re really approaching the type of soft machine that biology has to offer.” 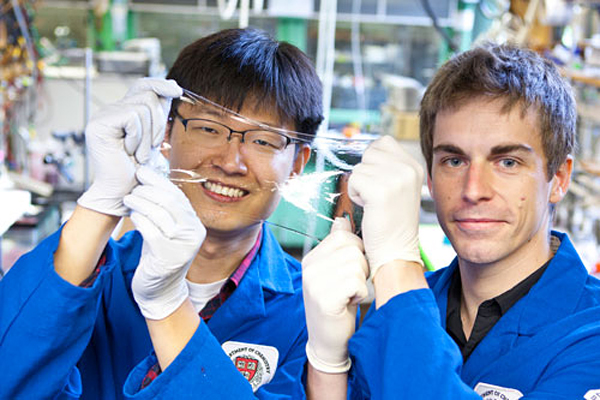 With that kind of potential, it’s not surprising that there have been previous efforts to make ionic conductors for practical use. Harvard SEAS explained that ionic conductors are prone to undergoing chemical reactions – including, uhm, combustion – when exposed to high voltage, and that ions move slower through a circuit compared to electrons due to their size and weight. Fortunately, Sun and Keplinger’s ionic conductor “overcomes both of these problems.” You can read the full report on Harvard SEAS’ website.