Procatinator: The Furry Feline Backbone of the Internet

What do you do when you procrastinate? Look at cat pictures and GIFs on the web? Really? Why, me too!

It seems like a lot of us do nothing but scour the internet for the latest feline-related funnies, so it isn’t really surprising that something like Procatinator actually exists. 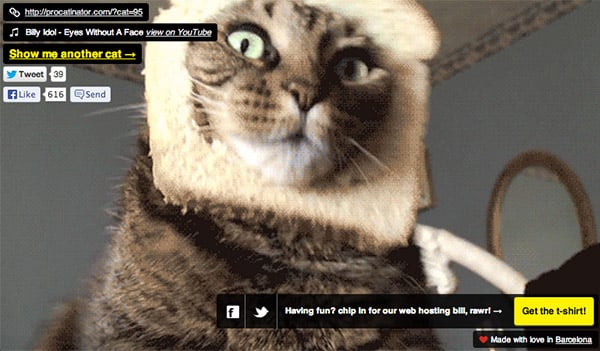 It’s a hilarious website that partners up a random animated kitty with an appropriate song from YouTube. Consider it a soundtrack of sorts for the cat that’s being featured in the GIF. 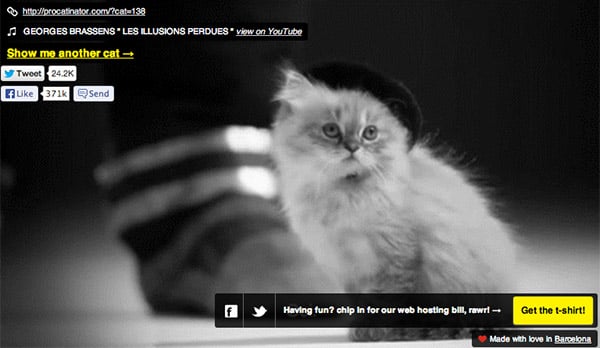 The site was started back in 2011, so it’s definitely been there for a while now, serving up laughs and hours of mindless fun to people who constantly put off important stuff like work for later. I mean, why do it now when you can do it later? 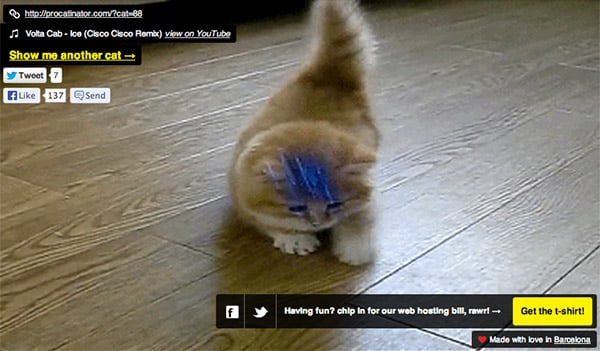 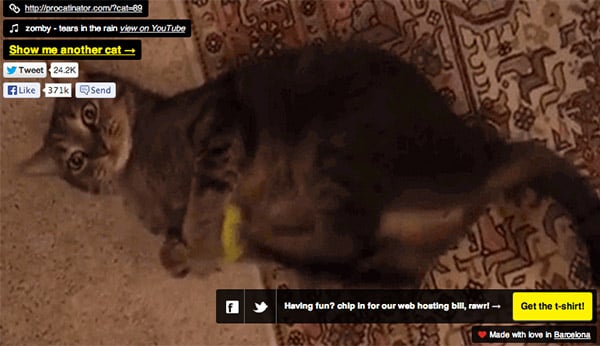 Procatinator was created by Ernesto González Aroca and Claudia Mussett.