Epic Nightmare Before Christmas Minecraft Rollercoaster: Buckle up for Burton

It’s that time of the year again – a very long time before Thanksgiving – so we’re all getting ready to celebrate Christmas!  This Nightmare Before Christmas Minecraft rollercoaster is the perfect way for me to kick off my celebratory events.  I can only imagine how long this project took, as the rollercoaster has an incredible amount of detail and lasts for more than five minutes!  Update: I stopped imagining and checked the YouTube description – several builders took two and a half months in order to complete this project!  That’s three and six tenths of the time that it takes for a woman to go through pregnancy! 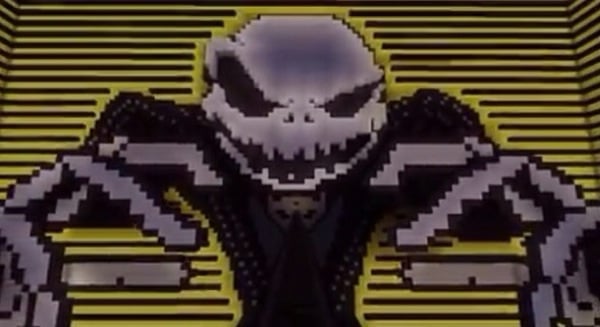 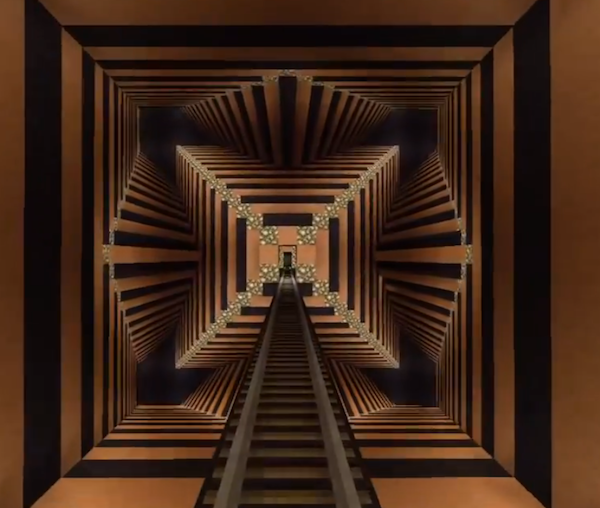 The kids sit ’round the fireplace, and you gather them near – yelling and snapping and flicking their ears.  Watch a movie, you say, with the utmost delight – what the children believe, is a Christmas fright. – “Tim” Edgar Allen Amy Poehler

All of the design in this coaster is professionally done, and the characters are really brought to life.  Not only that, but all of this is done on an incredible scale.  The builders, of course, have stereotypical Minecraft-guy YouTube usernames: Rivergrl21, Nuro, WayHighMinecraftGuy, Vinny8Ball666, AnOldBum, Nycwatcherable, and DrWrebagzhoe.  My bet: DrWrebagzhoe is nothing more than a dentist, if that.  He can probably write prescriptions about as legally as these guys can build an X-Ray gun.  Hint: you aren’t allowed to build lethal X-Ray guns.  Anymore. 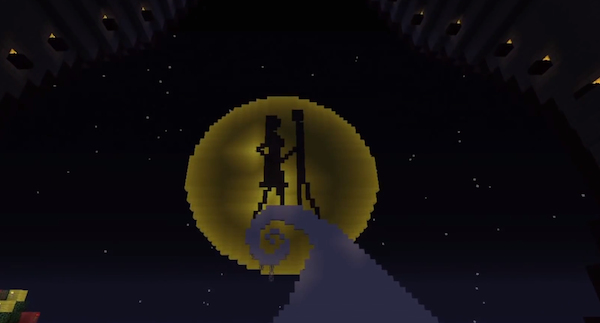 This Minecraft rollercoaster is an amazing creation in itself, and will be that much more special to fans of The Nightmare Before Christmas.  And, now… the moment you’ve all been waiting for… the rollercoaster ride-in video is below!

Even if you did little more than get seasick and spit up during that video, you have to appreciate all of the work that was put into this creation.  Think of how many blocks were placed!  Think of how many dubstep versions of Halloween they had to sift through!

If you’re still hungry for more interwebz chow, check out the Minecraft version of Man of Steel!  If you’re not into unrealistic superheros with bad rock allergies, then cuddle up with the life-size Creeper cushion, which (supposedly) will not explode.  (It’s a marketing tactic – no one would buy it if they said straight out that it explodes.)