Sure, the PS4 and Xbox One (or “XBone” as we like to call it around here) are coming out in just two months, so the idea of buying an Xbox 360 or PS3 doesn’t make a whole lot of sense to someone like me. I always have to be on the bleeding edge, even if there are no games at launch. Still if someone told me that my Xbox 360 and PS3 would be packaged inside of R2-D2, I might make an exception. 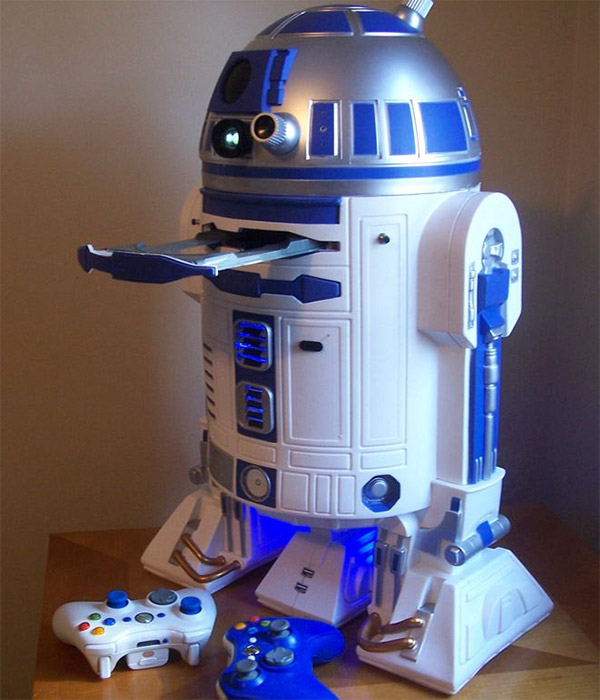 There’s not a whole lot of detail posted about this awesome looking gaming system, except that it’s got both an Xbox 360 and PS3 built in, 500 GB of storage (not sure if that’s per console), a single power supply for both consoles, and internal cooling to make sure they don’t overheat.

This R2-unit also has a 13-inch display built into its flip-up head, and four USB ports in front for connecting controllers – though I only see two. It’s possible that it could be this system, but that one build had a projector built in. Or it’s also possible that Etsy seller Ohhshiney is building these based on Mark Bongo’s Instructable. Either way, it’s a pretty nifty game system for Star Wars junkies.

Best of all, you can actually own this system – if you’ve got about $800(USD) to spare. It’s available over on Etsy now, though it says that they are being made to order, so I’m not sure how quickly the system will be in your hands. I suppose if you wait long enough, somebody will build an R2 unit with a PS4 and an XBone built in. Or maybe a C-3PO with an Fairchild Channel F and a Magnavox Odyssey built in.