Alien PEZ Dispenser: In Space, No One Can Hear You Chew

PEZ has always been a bit of a mixed blessing for me. The dispensers were so much better than the candy inside. It’s like the guys who made the candy said “our candy kind of sucks, what can we do to sell it to kids?” The answer? Stick it in a container with a flip-top character head, and you’ll sell billions. And that they did. 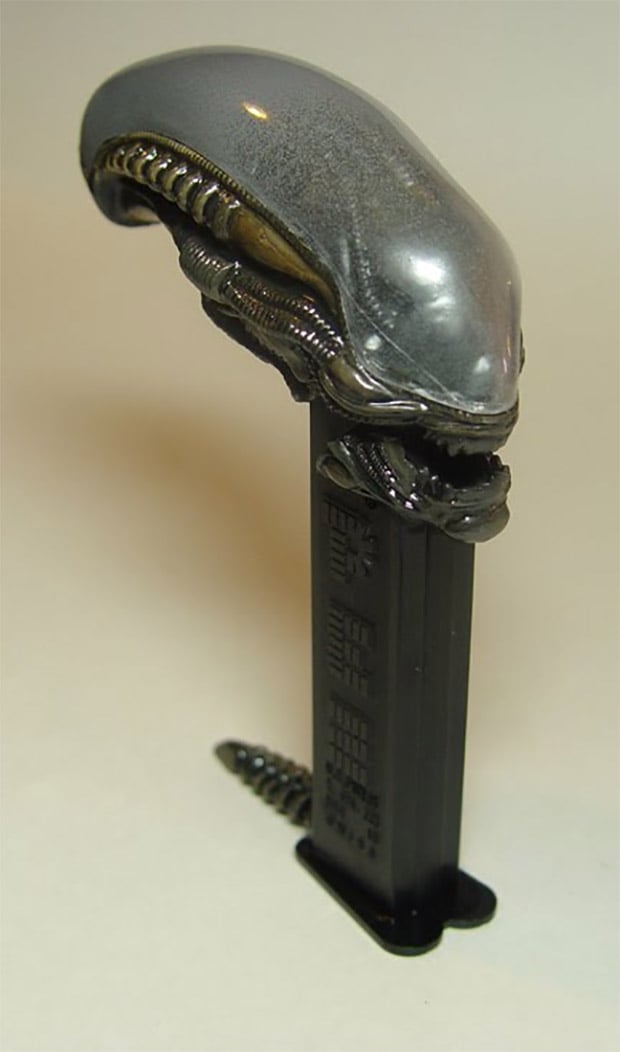 And while there are tons of really cool collectible Pez dispensers out there, this Alien PEZ dispenser had to be made by a fan, since the candy company never released one of their own. 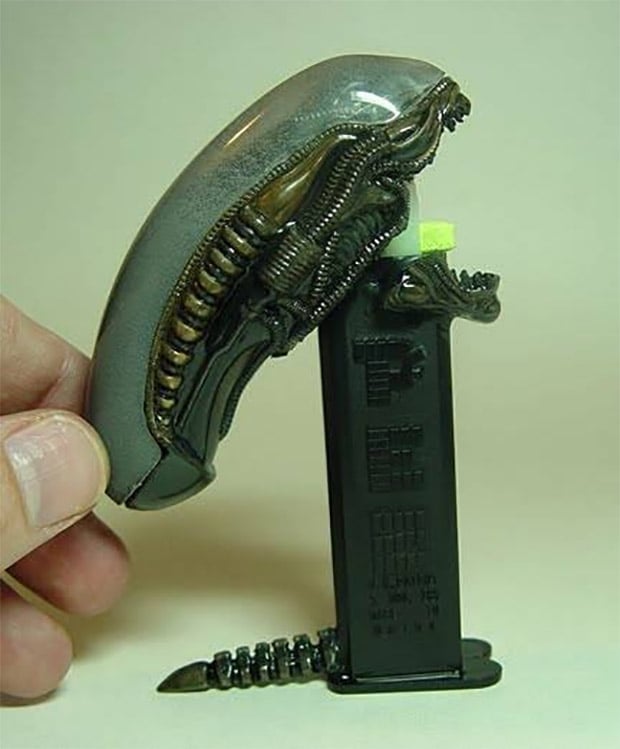 It was made a few years back by Peter “Rat D” Davidson, and there’s not much to be said about this thing other than the fact that it’s a) awesome and b) PEZ needs to get on the phone with H.R. Giger and Ridley Scott today and see if they can work out a licensing deal.

The only thing better would be if it actually spit out another little Alien head inside before the candy came out. And acid.