Since there’s no mention of soccer or any other sports in the Star Wars universe, I’m not sure it’s even still a thing in a galaxy far, far away. What I do know is that soccer/football is incredibly popular all around the world and this Death Star soccer ball is the perfect ball for Star Wars geeks looking to get out and get a bit of exercise. 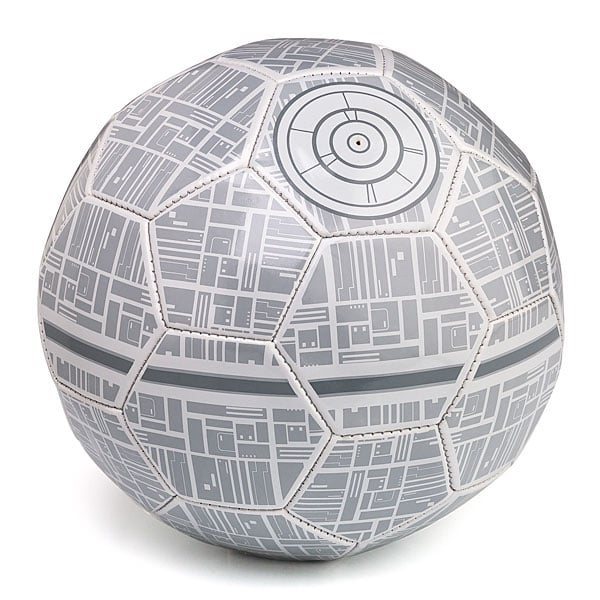 Normally my daughter does pink soccer balls, but I think I could talk her into this Death Star Ball. The ball is a standard size 5 soccer ball and each of the little octagons is printed with the squares and lines we remember from the surface of the Death Star.

The ball was created for Celebration Europe II and there are some left over. You can purchase your own as long as the limited quantity holds out for $29.99(USD) at ThinkGeek. It’s worth noting that they’re sold out right now, but the Empire is working on getting some more shipped out soon.