Girlfriend Is Making This Guy Sell His Giant AT-ST Walker

Man, it isn’t easy being a geek with a girlfriend or wife sometimes. You know the story. You find something you love and you display it. You love it, but she hates it. That’s what happened with the gigantic AT-ST Walker that is for sale on eBay right now. Apparently, its owner’s girlfriend is sick of having it around. 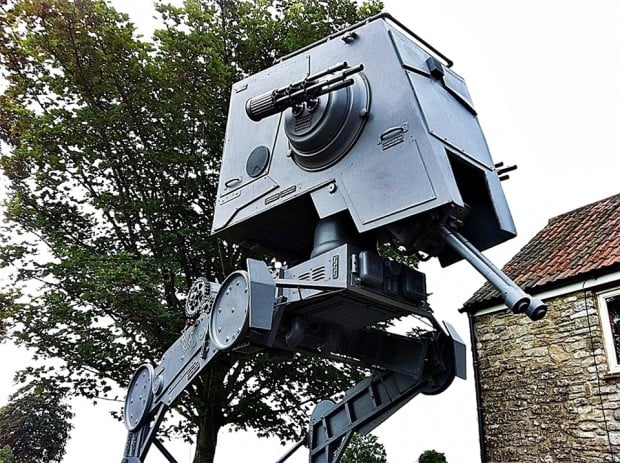 I think my girlfriend is starting to get a bit worried about me. I’ve always been a bit mad, and I love sci-fi stuff, but my spending on props is going through the roof… The Scout Walker is amazing, but I realised pretty quickly that it was just too big to use as on stage, so I’m selling it so I can get more toys.