A couple of months ago we saw a 3D printer that prints in full color by breaking a 3D model into very thin slices, printing each slice on separate sheets of paper then cutting the slices out of the paper and gluing them together. Haddock Inventions’ Looking Glass prints are made using a similar process, but the company chooses to keep the slices stuck to the surface they were printed on. The resulting product appears frozen in mid-air. 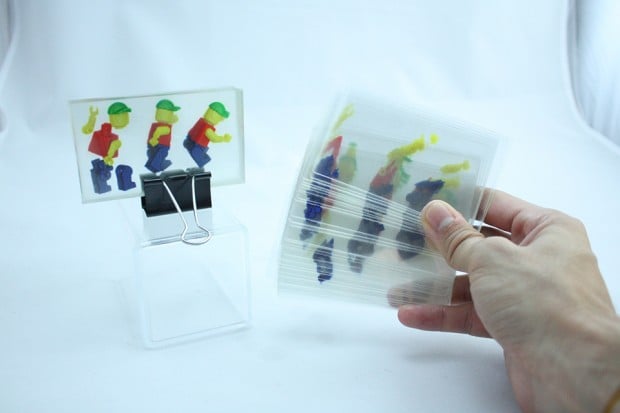 As with many 3D printed objects, a Looking Glass print starts its life as a 3D file, a model. But instead of being printed layer by layer, the model is printed slice per slice on 0.3mm thick lucite sheets using an inkjet printer. But simply stacking those sheets wouldn’t give you a Looking Glass print. Light will refract as it passes through the air between the sheets and as you stack more slices the image only becomes blurred. To counteract this, Haddock Inventions pump silicon oil to the stack of slices to reduce the refraction.

The main advantage of Looking Glass over 3D printing is that it takes less than an hour to make a print, whereas it would take considerably longer with a 3D printer. Another perk of Looking Glass that 3D printed objects don’t have is the one I mentioned earlier: regardless of the size and height of the object you’re printing, it will remain frozen and fixed. In contrast, certain objects – whether because they’re too large or have a high center of mass – need to be 3D printed as separate parts then assembled afterwards. 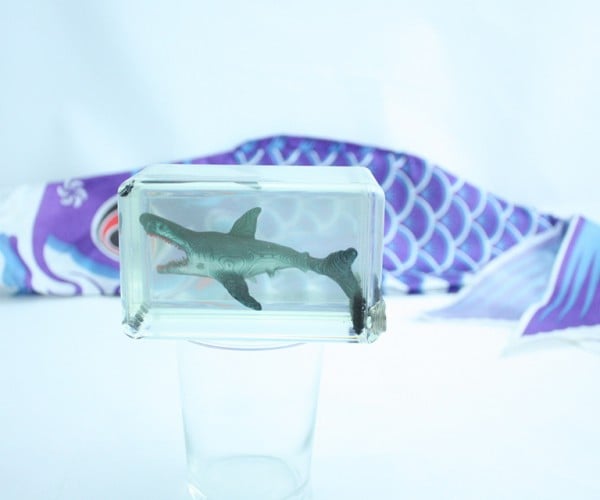 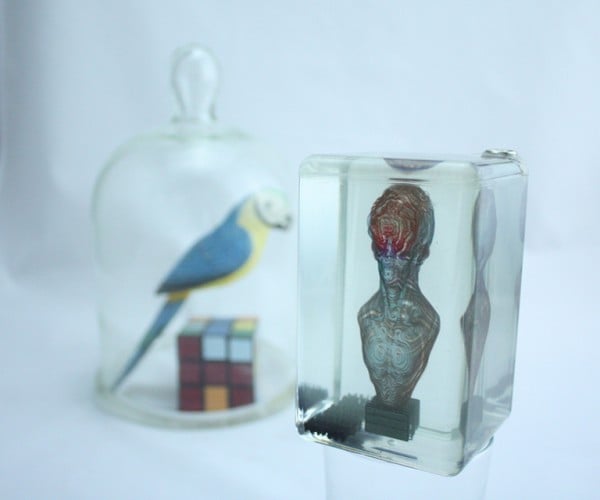 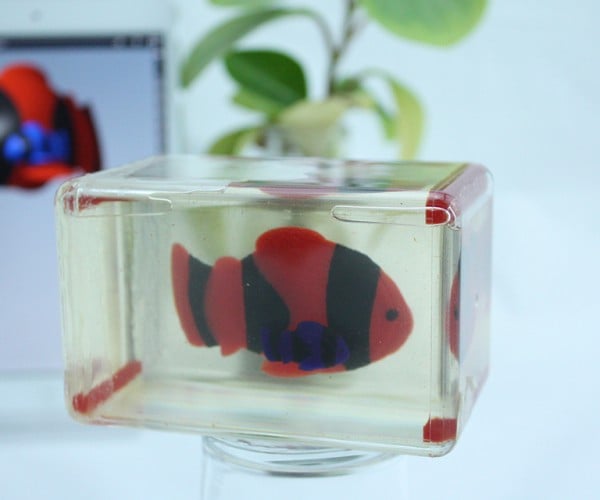 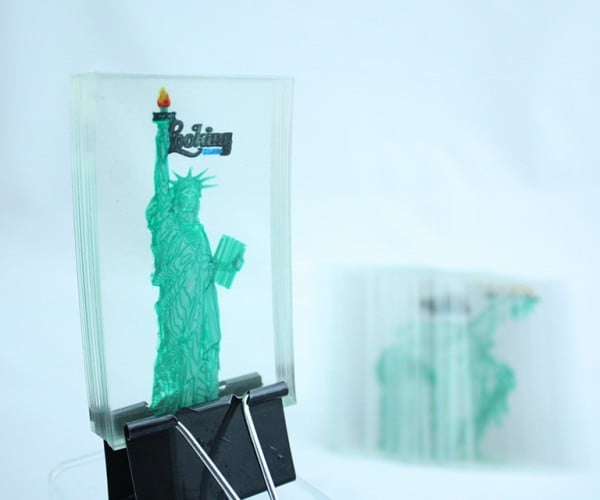 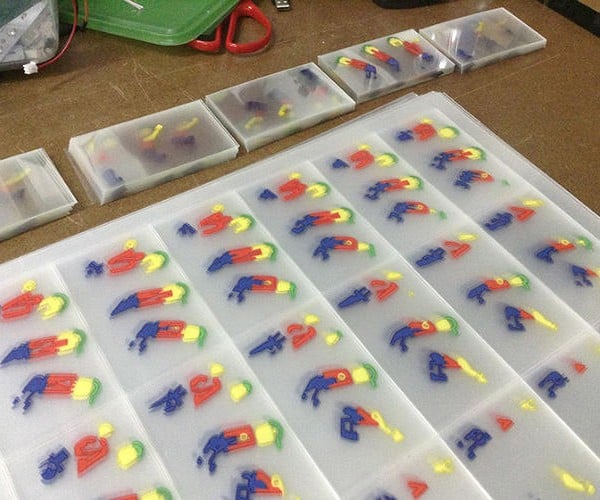 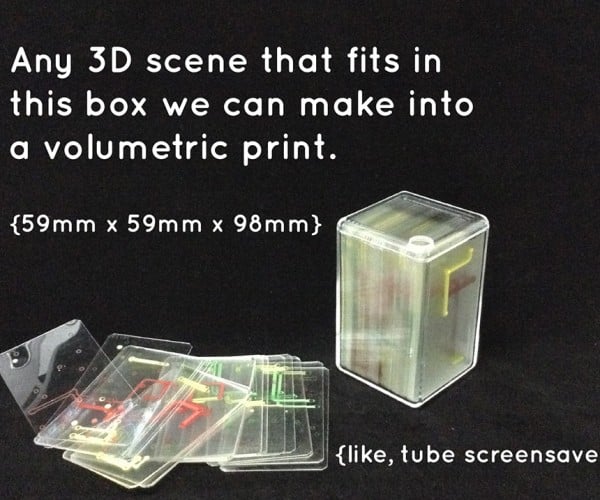 You can order a Looking Glass print right now for $100 (USD), but why would you want one? Speaking with Fast Co. Design, Shawn Frayne of Haddock Inventions claims that “Purely visually, I think Looking Glass sort of crushes–it will crush–3-D object printing.” That’s debatable, to say the least.

If they can make it so you can remove and replace slices at will, Looking Glass prints may be helpful to people who need its form factor. Perhaps then it can be used to make really useful things like a 3D CT scan,  a tangible multilevel architectural blueprint, a 3D exploded diagram of the parts of an object and other things that people would want to zoom in and zoom out of. As it is, Looking Glass is an interesting medium of expression and preservation – a hybrid of a picture and a figurine.