Hobby Inside is a South Korean professional LEGO building crew. They make multi-layered and very detailed LEGO dioramas for display. While most of their work depict cities and landscapes, they also have a handful of dioramas that feature monsters and mechas duking it out on a wrecked city, like this unmistakable nod to Pacific Rim: 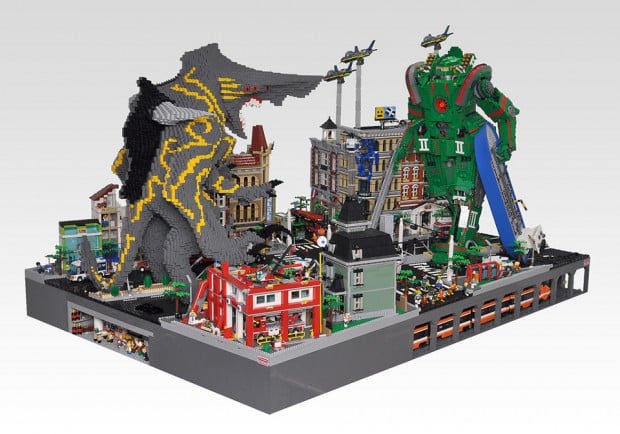 I’ve also included Hobby Inside’s two other robot versus kaiju pieces in the gallery below. One features a Mothra lookalike – Hobby Inside calls it Mothle – while the other has a Godzilla lookalike called Legora and a giant robot called Insider-V (perhaps a mix of Gundam and Combattler-V?). 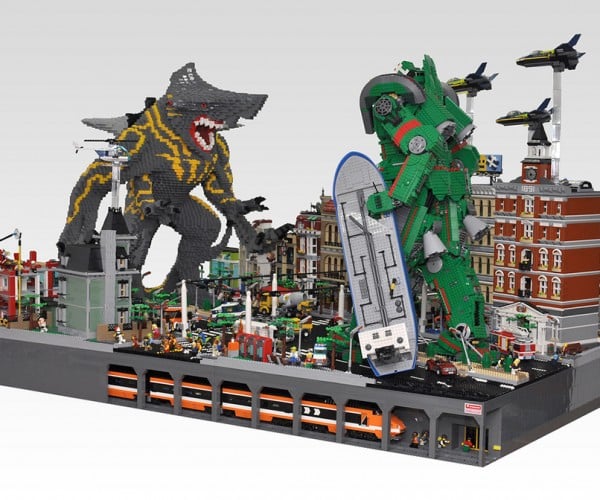 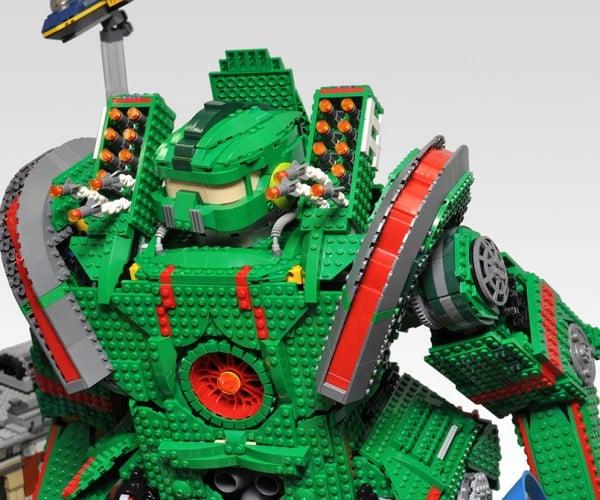 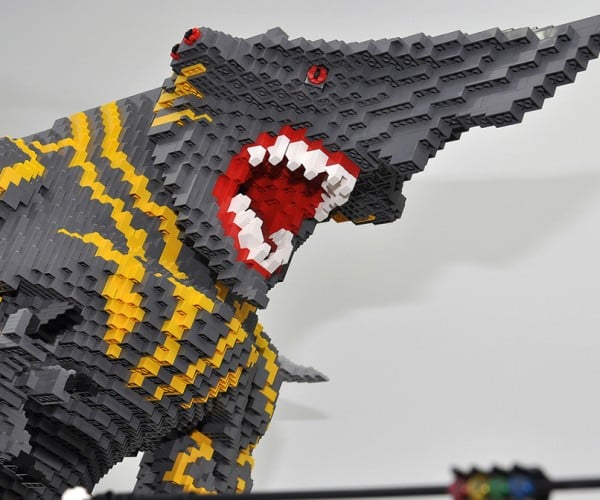 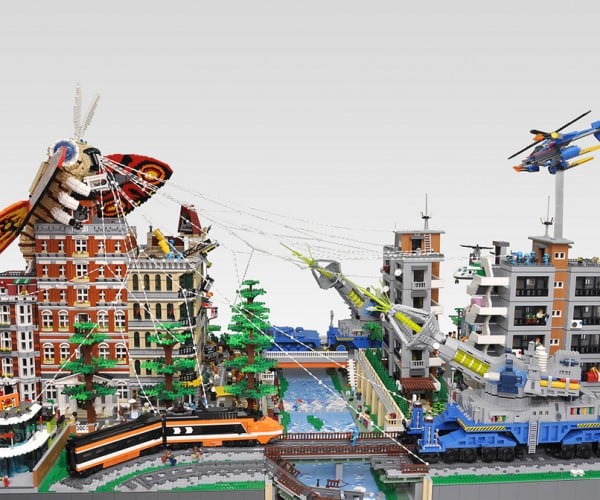 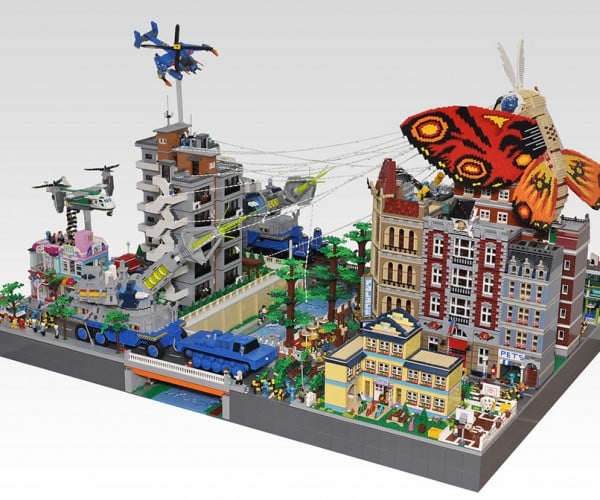 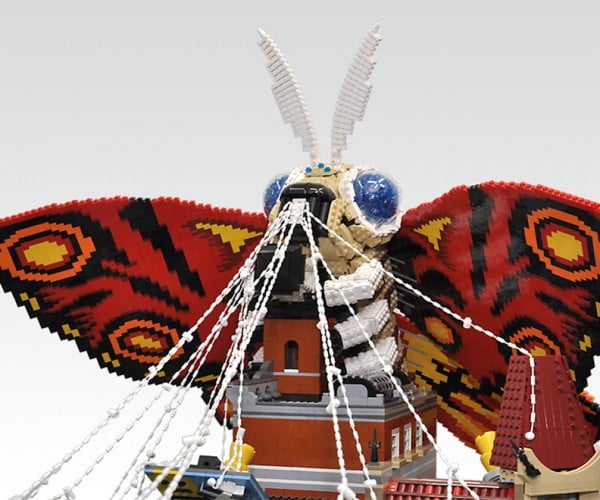 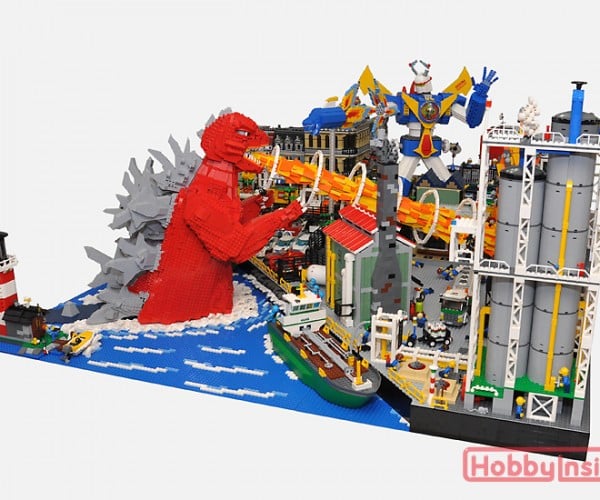 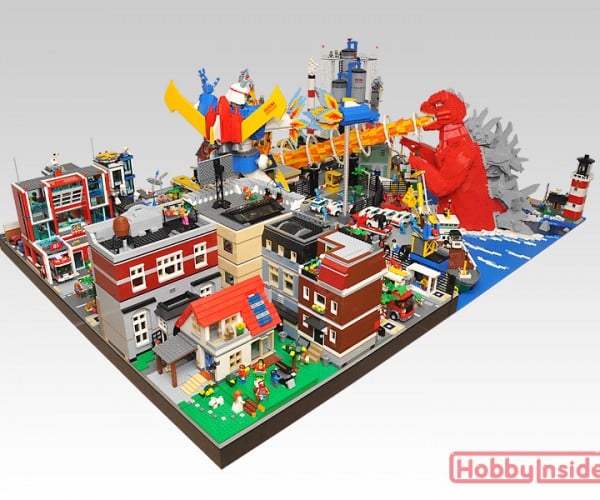 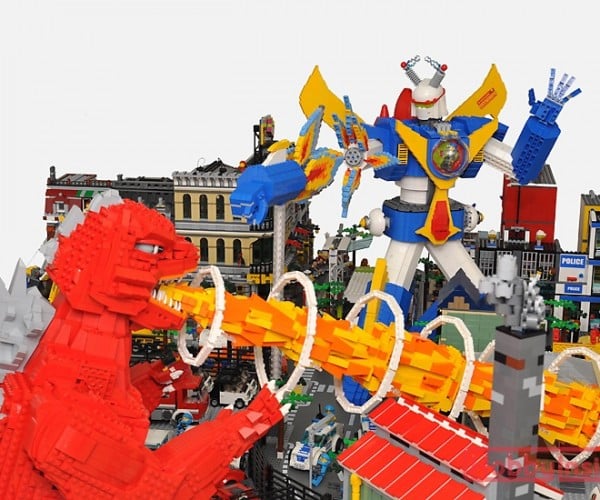 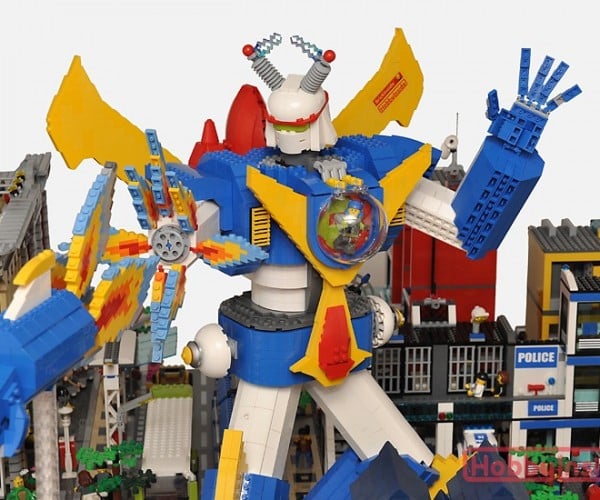 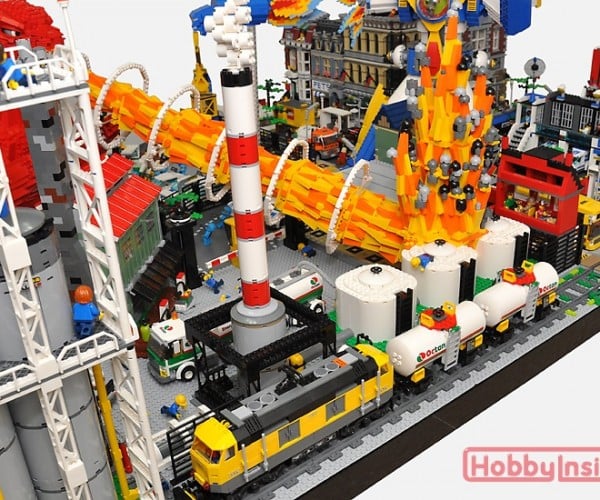 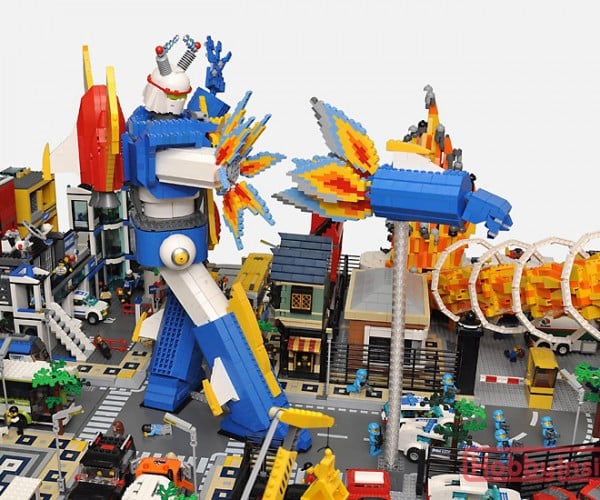 What I really love about Hobby Inside’s dioramas is how they use LEGO to represent motion and objects that I would never have imagined could be depicted with LEGO. Things like the vapor trail behind the Jaeger’s missiles, Mothle’s web, Legora’s flame and smoke rings and the exhaust coming out of Insider-V’s rocket fist.

If you want to see more of these dioramas, Hobby Inside has detailed breakdowns on its website. The site is in Korean, but it’s worth checking out just for the pictures.

[via OliveSeon & Hobby Inside via io9]