An Illinois man named Howard Leventhal persuaded a company to help finance “Heltheo’s McCoy Home Health Tablet”. Yes it sounds as bad as it is. This is a fake health device that’s based loosely on the medical Tricorder that McCoy used on Star Trek. Leventhal was arrested for fraud on Oct. 22, not surprisingly he did not have the tech to beam himself out of dodge. 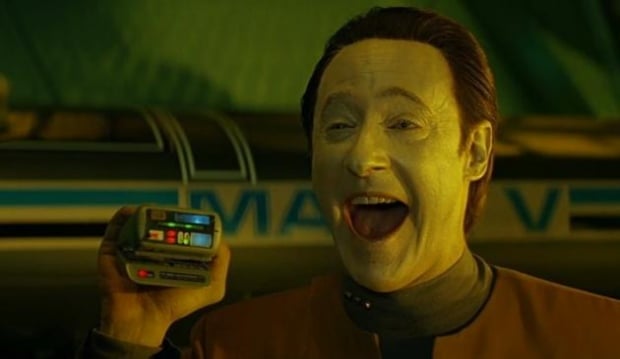 Last year, Leventhal told executives at Paragon Financial Group, Inc. that Health Canada was backing his “home health tablet” and that it was based on the Star Trek tricorder. The company gave him $800,000 in funding. Apparently no one bothered to check this guy or his story out. So then Leventhal forged contracts between his fake company Neovision USA and the Canadian government to secure even more funding. He even forged Deputy Health Minister Glenda Yeates’ signature. The contract was made to look like it promised him $8.2 million in funding directly from Canadian government.

This guy had big brass cojones, I’ll give him that. However, this whole thing was very stupid. He had to know he would get caught. And he did. After he tried to get $2.5 million more in funding, he gave the fake contracts to an undercover agent. Right now, he is out on a $100,000 bond, with a hearing on Oct.30. What a maroon. Seriously, they need to study this guy and see what makes him tick. Maybe they can learn some things and head off this sort of thing in the future.

On the other hand, I suppose the investors deserve what they got if they were that bad at their due diligence. All they had to do was investigate his story in the first place before coughing up their dough.