Declare your allegiance to the Starfleet without wearing Spandex with ThinkGeek’s officially-licensed Star Trek: The Next Generation uniform hoodies. They have all three colors: red for command, gold for operations and blue for sciences. I guess the Enterprise had no need for plumbers and cooks. Or technologies. 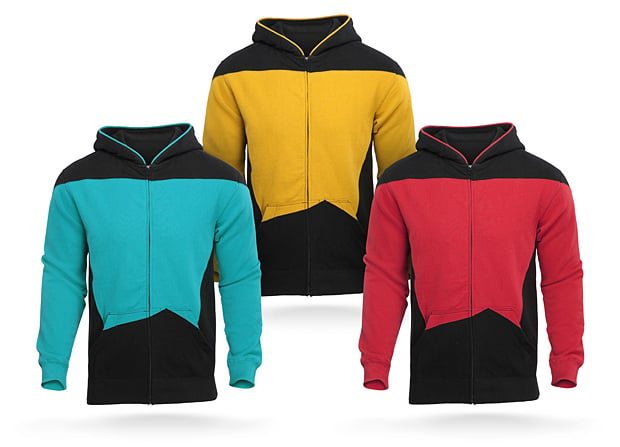 The hood on each sweater has piping that matches the sweater’s color coding. When the hood is down, the piping makes it look like the sweater has a shallow v-neck, similar to the actual uniforms worn by Captain Picard and his crew.

You can order the hoodies from ThinkGeek for $60 (USD). Comm badge and pips sold separately.