Robot Builds Salt Sculptures While You Lounge in the Jacuzzi

Using a robotic mechanism that works sort of like a giant 3D printer, artist Jonathan Schipper has created a device which fills a room with tiny sculptures made from grains of salt. 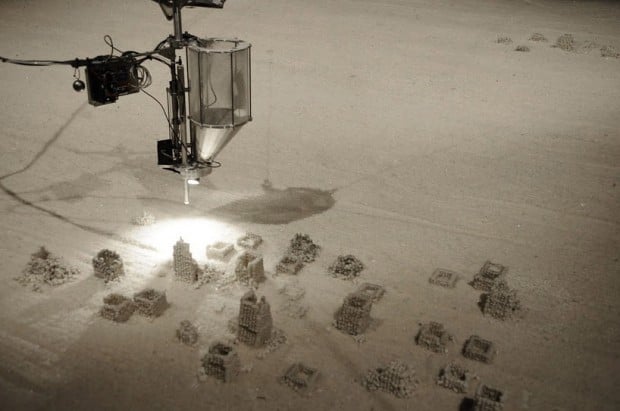 The robot moves around a room filled with 12 tons of salt on a set of four suspension cables, sort of like those cameras they use at NFL football games. But instead of a camera, there’s a mechanism that can pick up and extrude layers of salt. 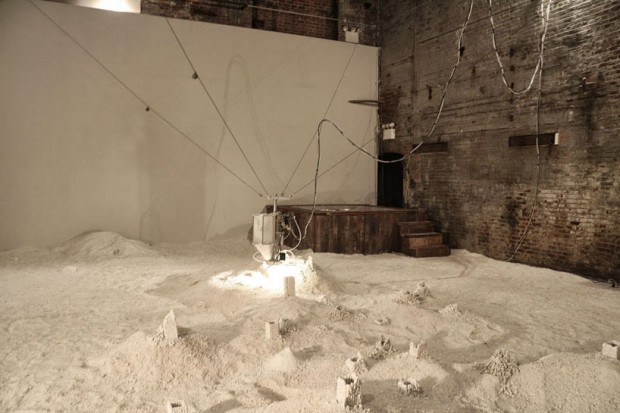 The system was constructed for an art exhibit called Detritus, and it gradually creates tiny salt sculptures, as others collapse. The sculptures being built are representative of objects we take for granted in our world, like chairs, toilets, tires, and other everyday items.

…objects are continuously being formed but, due to the fragility of the salt crystals used to make them, they deteriorate at nearly the same rate new ones are being built. this installation is an attempt to create a vantage point that is impossible in the real world. a vantage point that both condenses and speeds up time and provides an objective view of the things we value which, at times, we recognize as merely detritus. 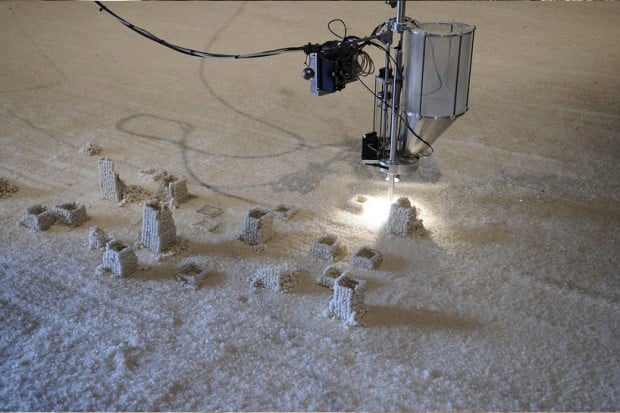 While the exhibit is already highly intriguing, perhaps the most unusual part is that you’re supposed to observe it from the comfort of a hot tub, while the robot does all of its work. 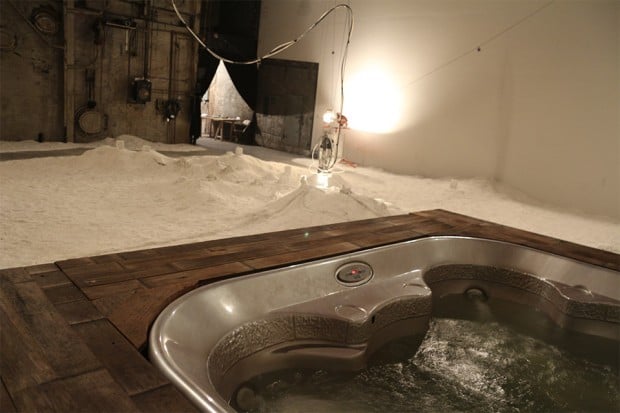 Detritus is currently on exhibit at Pierogi Boiler in New York, until November 24, 2013. No word on whether or not you need to bring a swimsuit.