UK-based artist Hetain Patel’s first car was a 1988 Ford Fiesta that was handed down from his father. In honor of his first set of wheels, this collaboration with his father and brother turns a similar vehicle into a Transformer-like robot that is far more than meets the eye. 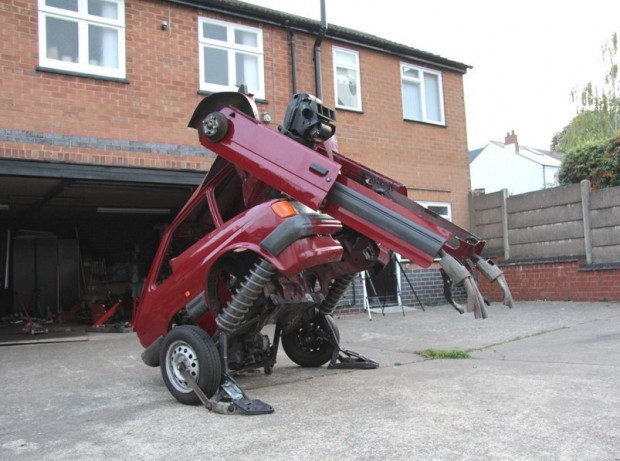 The car is a symbol. As he says, “Manufactured in England, this car stands as a symbol of working class Britain, a native body, albeit here a car body.” And of course, he was inspired by the Transformers, seeing this art piece as a symbol of empowerment:

Another significant influence for me and this work are Transformers, an American film and toy franchise since 1984, and a widely recognisable pop culture reference that reaches far back in Hetain’s memory. In this new sculpture, Transformers have been made manifest, physically, in a literal transformation of a Ford Fiesta car into a large-scale squatting human-like figure. For me, these ‘robots in disguise’ (as per the cartoon’s theme tune) stand as a metaphor for the other, in a fantasy world where they can transform out of a marginal position into one of empowerment. 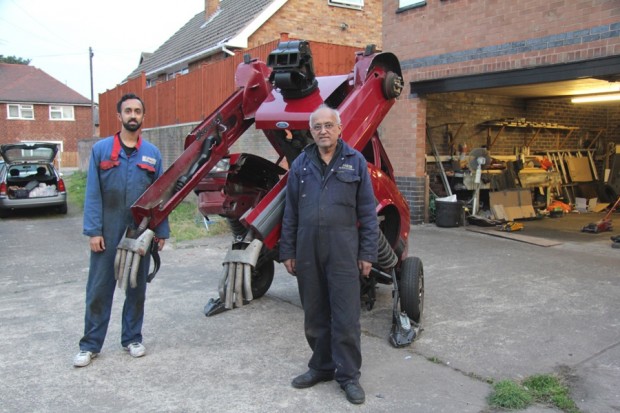 Forget all the fancy talk of art and empowerment and all the rest. This piece of art is just plain awesome and stands on it’s own. No pun intended. It shows what a father, son, brother trio of geeks can accomplish.