Bublcam Lets You Capture 360-Degree Images and Video with Ease

Have you ever wanted to shoot the sort of 360-degree panoramic images found in Google’s Street View? While there have been numerous attempts to create add-on lenses to capture spherical images, this upcoming gizmo looks like it could be the best solution yet. 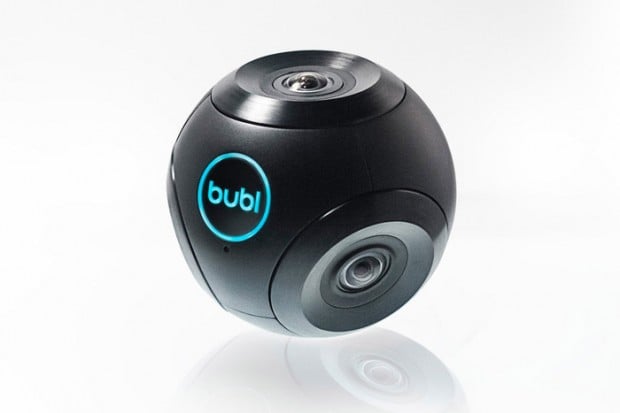 The Bublcam is a portable device that uses four cameras to capture a true 360-degree spherical image of your world. Each camera overlaps the field of view of the other cameras, and then its companion app stitches images together to create one contiguous picture.

Still image resolution for the Bublcam is 14 megapixels, and it can also capture HD video at 720p 30fps or 1080 15fps. Another cool feature of the Bublcam is that it’s got onboard Wi-Fi, so it can stream its 360-degree video in real time. You can also store your images and video on SD card or stream via its USB connection.

If you’re interested in checking out some example 360-degree video content from the Bubl prototype, you can find some samples here, here and here. While the prototype videos are far from perfect, they’re still an impressive demo of the potential of Bubl’s technology.