Designer Mike Charles wanted to have a dock for his iPhone that would not only reduce cable clutter but blend in his kitchen as well. He ended up with the Foaster, a dock for the iPhone 5, 5S and 5C that looks just like a toaster. He gets bonus points for not naming it the iToaster. 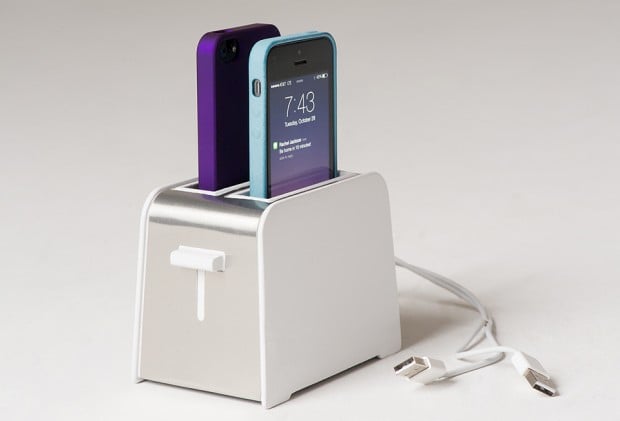 The Foaster has a plastic body with aluminum trim. It will come with two MFi-certified Lightning-to-USB cables so you can charge up to two iPhones at once. Sadly, unlike a real toaster its slots are not spring-loaded. The phones won’t sink when you plug them in and they certainly won’t pop off when they’re done charging. But at least you can easily plug and unplug your iPhone from the dock.

Pledge at least $79 (USD) on Kickstarer to get a Foaster as a reward. What’s next? Foven for iPads?