There have been only a few Nike shoes with LEDs, but these snowboard boots take the top prize, thanks to 30 LEDs implanted into the swoosh on each boot. You definitely won’t be invisible on your next night run down the slopes. 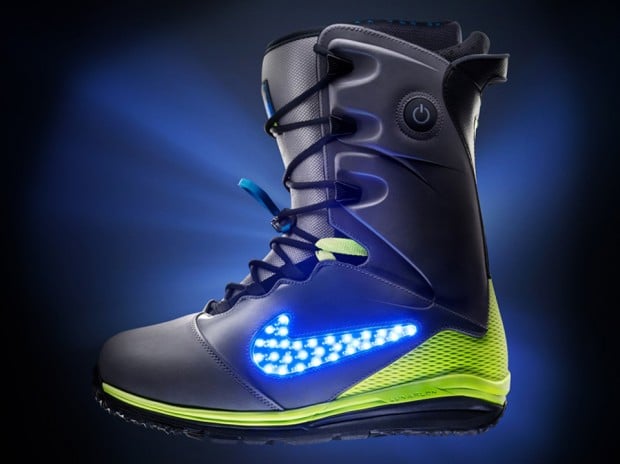 The Nike LunarENDOR Quickstrike Snowboard boot is powered by a built-in lithium ion battery, that’s controlled by a power button in the boot’s cuff. The boot comes with Lunarlon foam to improve the plushness of your ride. There’s a customizable flex line system, allowing you to choose between three levels of stiffness.

As you’d expect, all of this tech doesn’t come cheap. The regular LunarENDOR boots sell for $430(USD), so I can only imagine how much the Quickstrike LED model will sell for.