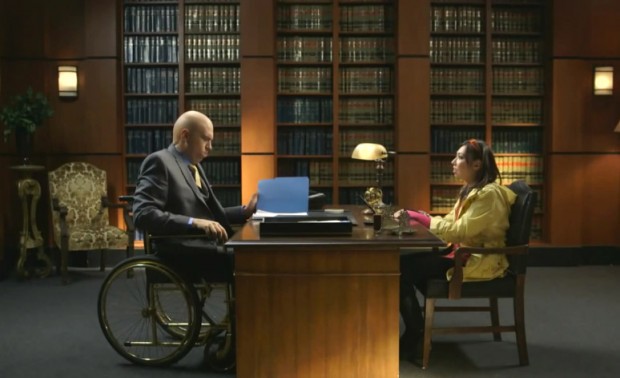 Comedian Pete Holmes has created a series of skits called “Ex-Men” in which Professor X fires some of the less thrilling X-Men. His latest video is hilarious with the Prof asking Jubilee at one point if she could fire herself because it would be the first thing she’s ever done for the X-Men. He also says at one point that he might give her a call someday if Magneto is ever beating up hippies at Burning Man.