We live in an era where many consumer electronics have silly names, often with lowercase i’s, an abundance of z’s or a lack of vowels. But not Tail Lights. Because that’s just what they are, a set of LED strips that strap onto horse tails, giving the animals and their riders improved visibility and enabling owners to pimp their living rides. 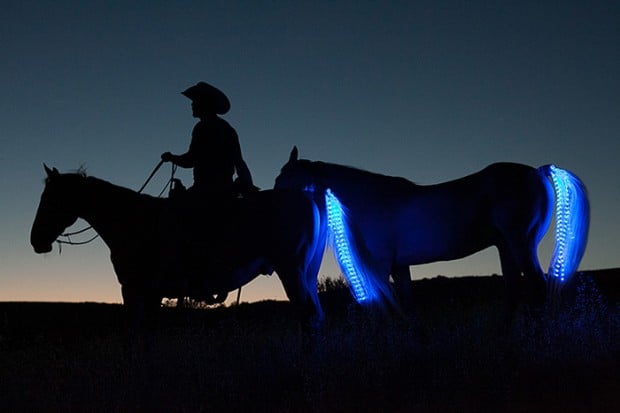 At first glance, the idea of Tail Lights might be as silly as its name is plain. But it may end up saving lives. Sami Gros was moved to invent Tail Lights when she and and a friend were hit by a car while they were on horseback, even though both of them were already wearing reflectors and were even in a town where horseback riding was commonplace. 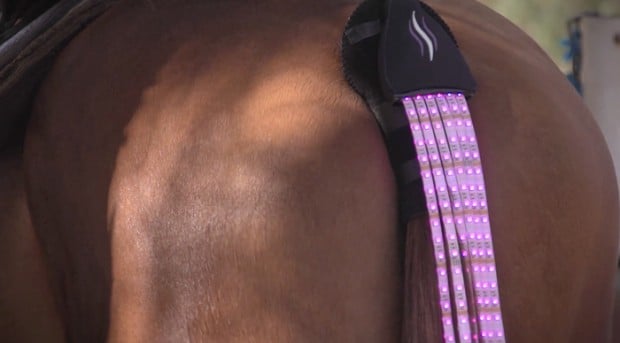 Tail Lights have two main parts. Its CPU and battery are in a case small enough to be stowed in practically any saddle bag, while the LED strips themselves are connected by a cable to the battery. The strips are waterproof and will be available in different colors. Tail Lights has two brightness modes as well as a strobe mode.

Gallop to Kickstarter and pledge at least $160 (USD) to get a Tail Lights unit as a reward. Sami should make a unicorn horn light for frontal visibility. And also because that would be awesome.