Doctor Who/Minecraft Cake: It’s Blockier on the Outside

Fans of Minecraft and Doctor Who will love this mashup cake and want one for their own birthday. This amazing-looking Dark Chocolate Cake with Light Caramel Frosting was made by Chef JB Cada and Stephanie Santos from Quezon City, Philippines bakery The Regali Kitchen. 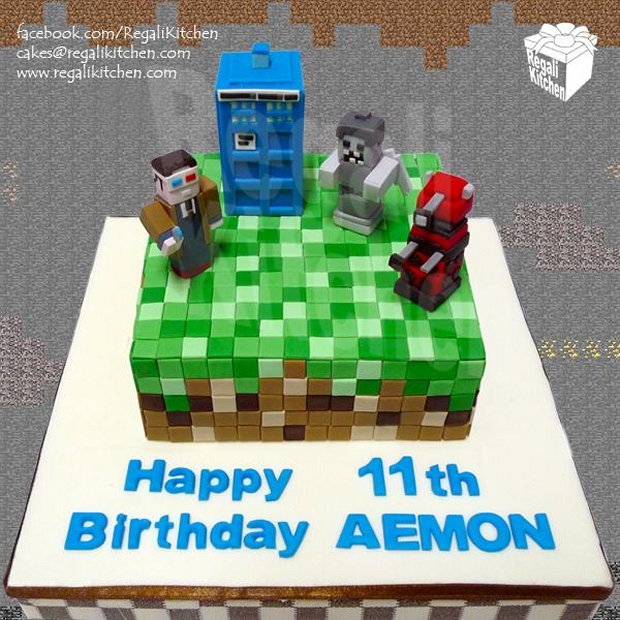 It brings together two geek favorites in one delectable dessert. It features the 10th Doctor wearing his 3D glasses, along with a Dalek and a Weeping Angel – all done up in Minecraft style. Obviously it was made for Aemon’s 11th birthday and I wish I were that kid. 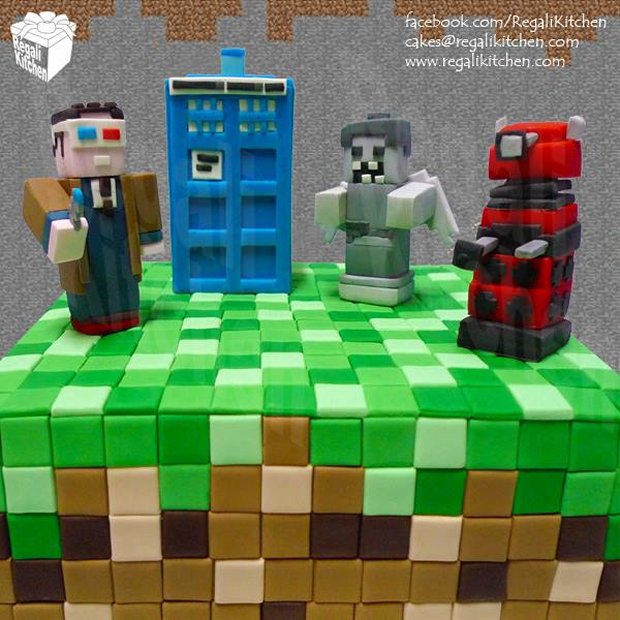 They probably should have had the 11th Doctor there too since it is the kid’s 11th birthday, but it’s still pretty awesome.