Dave Nunez loves to make tiny 3D printed models of video game consoles and computers. His latest mini gaming machine is based on none other than Microsoft’s latest and hugest, the Xbox One. It’s so tiny I don’t think a penny can fit into its disc slot – though a dime might. 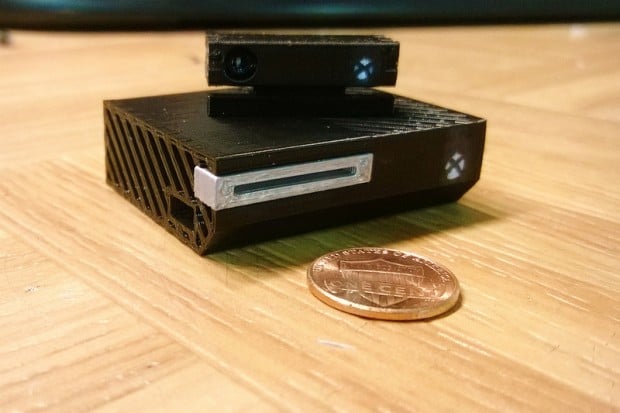 As you can see Dave also made a tiny Kinect. Fortunately Dave’s not requiring you to print both – and there’s no massive power brick either. Perhaps Microsoft will consider both of these revisions. 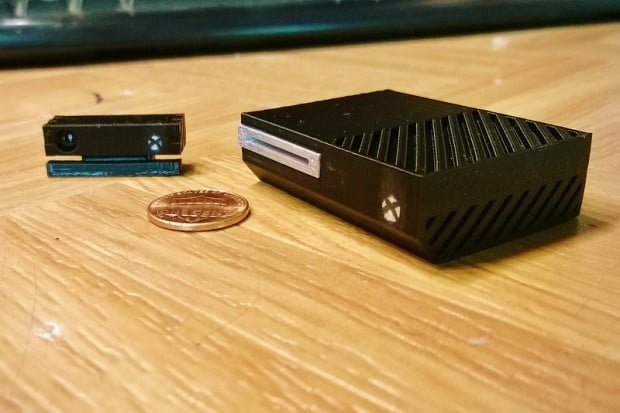