I’ve often wanted to know what my daughters dog was thinking when she spends an hour outside, comes inside and immediately drops a deuce on the rug. I’m convinced the dog is simply an asshole. Now, a company has a product that it is working on, that is apparently a serious product for them, called No More Woof. 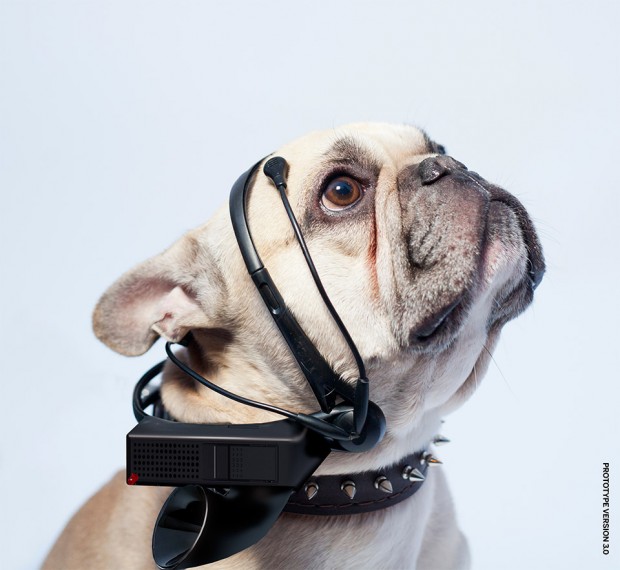 The goal of the product is to translate animal thoughts to human language. If this product comes to be, maybe then I could figure out why the dog craps in the house, not the yard. The device looks like one of those thought-control gaming headsets that have been around for a while and uses EEG technology. The company stresses that product is not available to purchase and is only in working prototype stage now.

The project is on Indiegogo seeking to raise funds to bring No More Woof to market. A pledge of $65(USD) will get you a micro version of the device that can detect two to three thought patterns. The full size rig will be able to translate four or more thought patterns for $300. Delivery is expected in April 2014. Squirrel.