This Full-size LEGO Car is Powered by Air

LEGO expert Raul Oaida and Steve Sammartino have built themselves the stuff of childhood dreams for many LEGO builders. I know I wanted to build a full-size car I could drive around the neighborhood more times than I can count. Their incredible black and yellow LEGO hot rod consists of over half a million bricks. 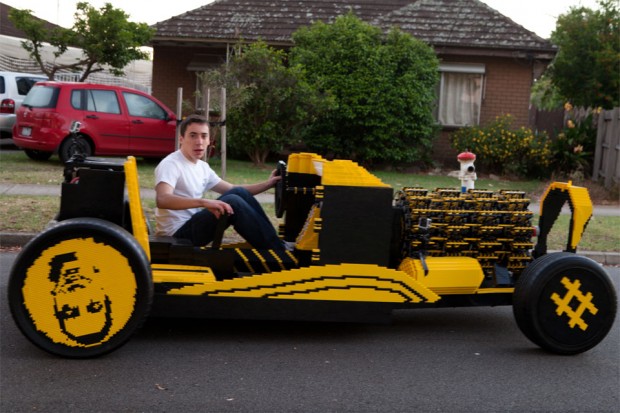 This is very cool indeed and the project is known as the Super Awesome Micro Project. It’s unclear exactly how the LEGO-based motor of the car works, but it is said to run on compressed air. The engine has four radial units with 256 pistons. The car isn’t made completely from LEGO, there are some structural pieces, wheels, and tires. I would assume there is some sort of frame that isn’t LEGO.

The car can cruise at speeds of up to 18MPH. It might be able to go faster, but they won’t drive it any faster because of its fragile nature. The car was taken from a concept design to a finished product in 20 months. Incredibly, Oaida built it in Romania, and shipped it to Sammartino for final assembly in Melbourne, Australia. 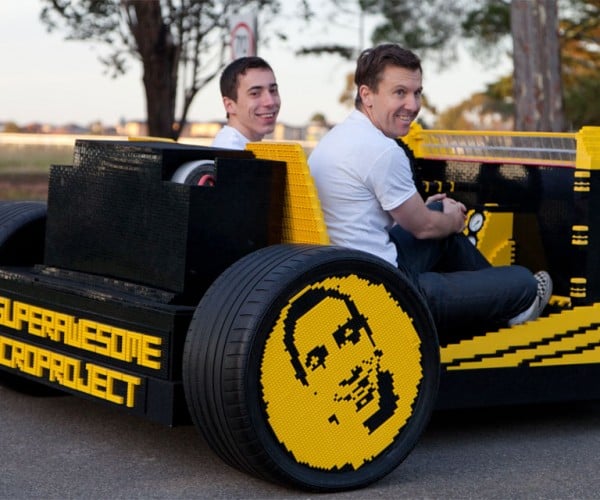 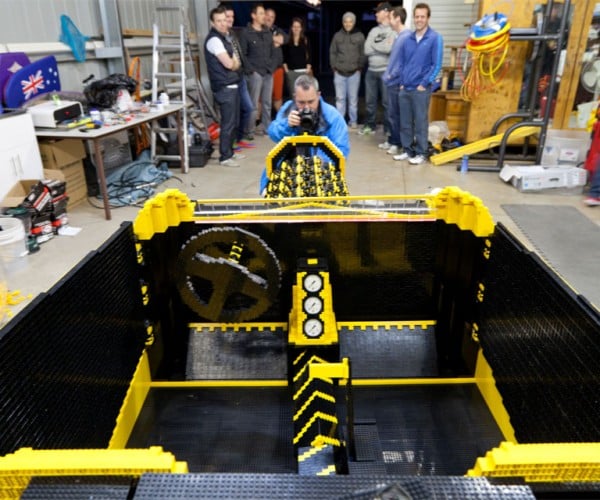 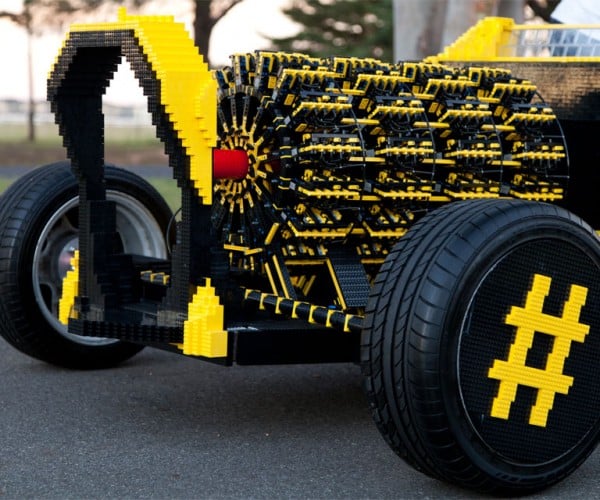 [via Geek.com via Crave Australia via C|NET]