A couple of years ago the Commodore 64 was reborn with upgraded specs (although the company behind it seems to have folded now). This year it’s the Sinclair ZX Spectrum’s turn to get an update. Actually it’s more of a downgrade. A company called Elite Systems has acquired the right to make officially licensed Bluetooth keyboards that look like the Spectrum. Yep, just a keyboard. Maybe tinkerers can cram a couple of Raspberry Pis in it. 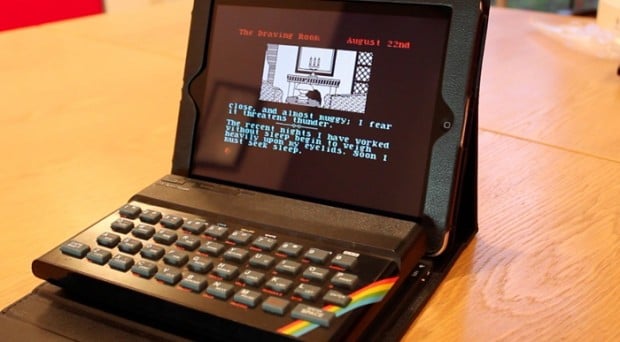 Elite Systems already ported a collection of ZX Spectrum games to iOS, so this keyboard should be the best way to play those games. The image above is not of a mockup, but it’s not a prototype of the Bluetooth keyboard either. That’s an actual Sinclair ZX Spectrum next to an iPad, but Elite Systems says that there’s no better way to visualize what their final product will look like anyway. 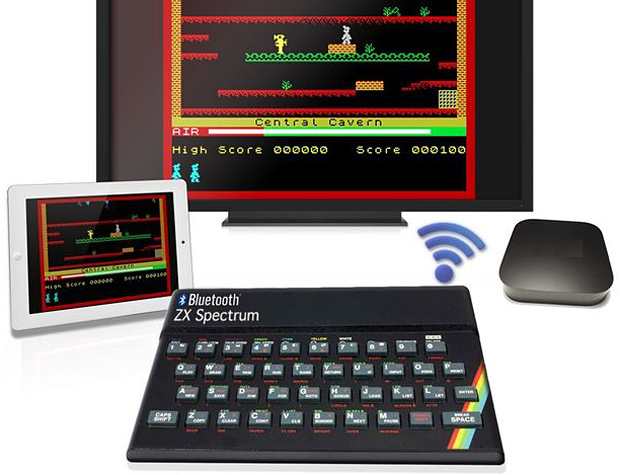 The company has set up a Kickstarter for the keyboard, but I’m not going to bother sharing the fundraiser’s video here. Let’s just say they need to hire some PR guys. Pledge at least £50 (~$80 USD) on Kickstarter to get a Bluetooth ZX Spectrum as a reward. Or, head over to eBay UK, where you can pick up an actual ZX Spectrum for about the same price.