TARDIS Themed Awesome Box is Awesomer on the Inside

The Public Library of Brookline, Massachusetts recently built themselves an Awesome Box. The box is called the Awesome Box because it is full of awesome book suggestions. 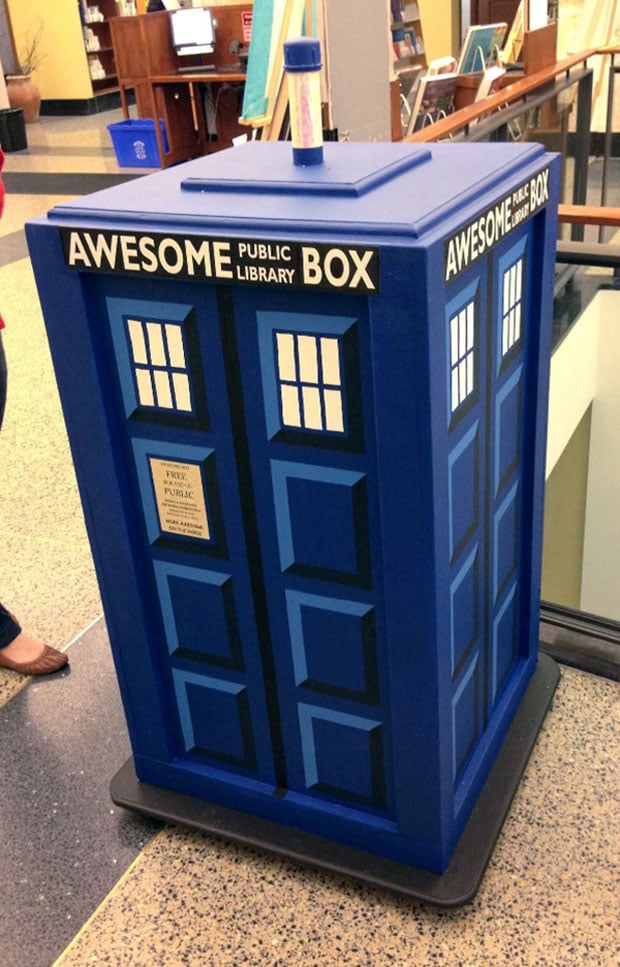 All the book titles dropped off inside the Awesome Box are compiled and posted online to help other readers who are looking for some great books to read. To make the Awesome Box a bit more awesome, the library peeps painted it to look like Doctor Who’s TARDIS. The library workers were inspired by the 50th anniversary of the classic BBC sci-fi series. 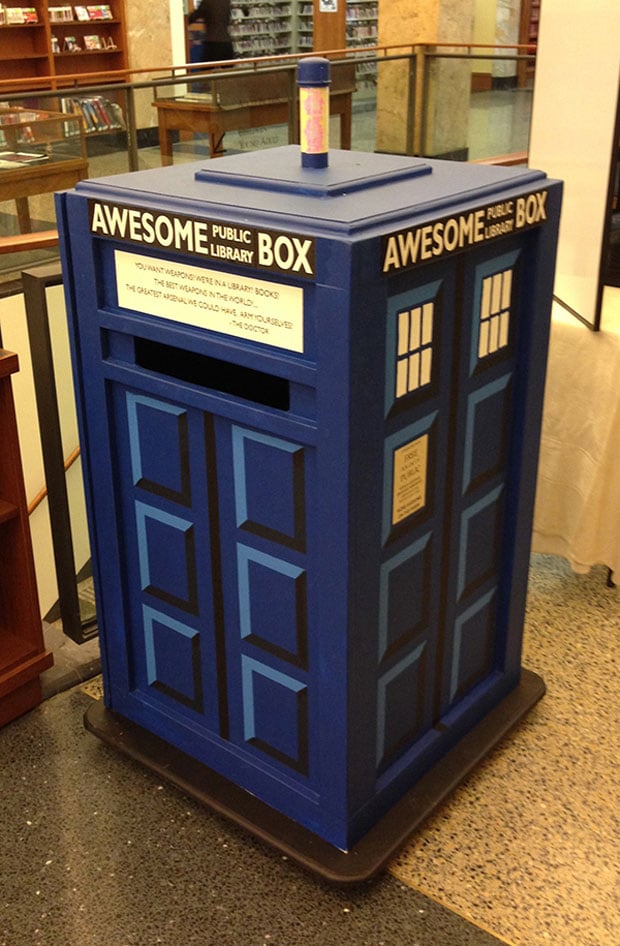 The box also has a quote from The Doctor on the side that is very fitting for a library: “You want weapons? We’re in a library! Books! The best weapons in the world!… The Greatest arsenal we could have. Arm Yourselves!”